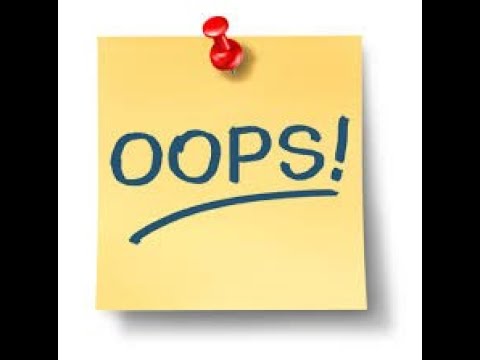 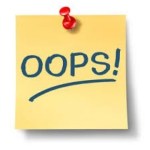 EP 1716 There are many mistakes employees make. The biggest one is trusting their employer to look out for them and their career.

This is a video about career management and one that I think is vitally important for almost all of you, job hunters. I want to say it's also vitally important for all of you who work for organizations and it's just a question of awareness as to when it will resonate from for each of you. If you are employed by a company, you're in the business of doing what they tell you to do. It becomes a habit that was ingrained when you were much younger and you went to school, the teacher told you what to do and when you were even younger and your parents told you what to do. You went to college and the professor told you what to do and when to do it by in order to get good grades.

Now that you are in the workforce, I don't care if you're a beginner or the most senior person in and organization, many of you have, most of you, almost all of you have outsourced your thinking about your career to your employer until the point when you say, “I have had enough.”

It’s important for each of you to review your career aspirations and how you firm is satisfying them on a regular basis. I want to be clear, I'm not trying to get you to change jobs. I’m trying to get you to think about yourself and your professional needs and aspirations on a regular basis and not just simply when you're looking for work. Let me give you an example.

Many years ago, there was an insurance firm in New York that had a large data center and they developed their own proprietary programming language. Thus, people who went to work at this large stable insurance firm worked in a language that no one else in the world used. This firm tried to tie people into the organization and make it impossible for them to ever change jobs.

The result was the firm had what it needed and the employees got hurt – – hurt for years, hurt for the balance of their careers because, although they had done good work, eventually, the firm was going to get rid of them once they became too expensive.

Thinking of your own career as being in your control thinking of reviewing where you are every 4 to 6 months (I said “4 to 6” because if I say 4 months, many of you are going to say, “much too often!” If I say 6, it really shouldn't be that infrequent), you need to take some time regularly to review where you are now, where you are trying to get to, whether what you're doing now satisfies your aspirations, whether it's time to move on.

After all, you are the chief executive of your organization. In my case, that's thee Altman Organization. Just like the firm that you work for looks out for its needs and will fire you at the drop of a hat if the economy goes south and they have to save money and that won’t have anything to do with your work or with your performance, you can be a terrific person, but if they don't need you, you are gone. It’s that simple.

Don't outsourced the thinking about your career to a firm. You have to be in charge of it. They can't think for all 200 people 2000 people all 20,000 people, or 200,000 people in their firm. You need to be the one who's looking out for yourself. Don't worry about what other people think. Everyone's got an opinion and everyone knows better than you what you should be doing and how you should get there.

Have some conversations with people. By all means, talk to a coach. It doesn't have to be may. It can be someone else who doesn't have a vested interest in the decision that you make. However, get advice and then sit with it for a while and then make a decision.

I’m not talking with sitting with it for months. Sit with it for a little while. Think about it for real, not just simply put it aside and get rid of it. But think about it and then make a choice about whether to recommit for another 4 to 6 months.

At the end of the day, you are always better off looking out for your interests and not waiting for that visit to your desk where someone says, “ they want to see in the conference room.”

Now, the economy is good. It won't always be good. More frequently, in the future, it will happen. Maybe not this year. Maybe not next year. But at some point it will happen. You want to make sure that you're working in ways that are congruent with your aspirations. Again, your employer should not be in charge of your career.

JobSearchCoachingHQ.com offers great advice for job hunters—videos, my books and guides to job hunting, podcasts, articles, PLUS a

community for you to ask questions of PLUS the ability to ask me questions where I function as your ally with no conflict of interest answering your questions.