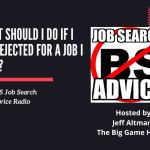 0.75x
1x
1.25x
1.5x
2x
0:00
00:14:00
Apple PodcastsGoogle PodcastsPlayer EmbedShare Leave a ReviewListen in a New WindowDownloadSoundCloudStitcherSubscribe on AndroidSubscribe via RSSSpotify
Powered by the Simple Podcast Press Player
Facebook Share Twitter Share Google+ Share
EP 1289 Being rejected for a job can feel very painful but there are two things you can do. 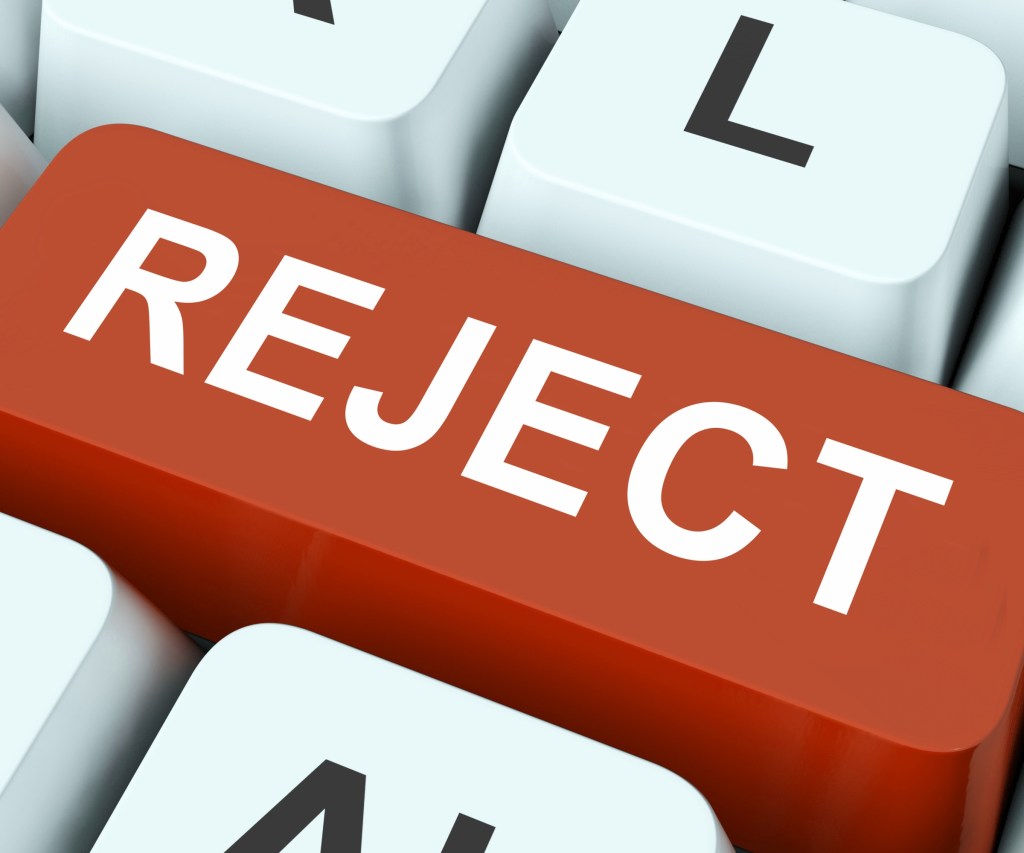 "What should I do after being rejected from the job. I love?"

He or she follows by saying, "I'm desperately looking for a job in a foreign country where I got my degree and finally went to the final round for position. I love. The positions I can apply for our rear end, after the final interview, they said, 'No.' I feel so devastated and don't know what to do next."

With regard to this firm, it's over for now. I say for now because it doesn't mean that you can try working there for other positions or other opportunities. The fact is, you have been turned down for this job. What can you do?

Answer. Learn from this. What did you do, right? What could you have done better? Where was the background just to be superior? Where was adjudged to be not as good as the person they chose?

You might try messaging back to the firm and says to them something along the lines of, "I'm obviously disappointing choice, but I would like to learn from the experience. I understand you chose someone else. I am not going to argue the point. Where did you perceive the other person was superior to me?" You have to keep the promise of not getting into an argument because then you will knock yourself out from years to come because everyone there will remember you. Not only that, when they leave, they will remember you at the next firm and block you from joining there.

I understand you have an issue because you are looking for something in a foreign country, and you may be dealing with visas and other bones of contention that this firm was willing to handle for you. This job is gone and all you can really do is learn from it. If they tell you, "We didn't find you strong enough in such and such," improve upon it. If they say, "you are too aggressive," look at that as to whether it was true or not. If they say you are not aggressive, look at that and see if that was true or not. After all, sometimes there is pushback because they are afraid that you're going to try and argue with them. Sometimes there is pushback in giving an honest answer. for a million reasons, including, they are too busy.

What ever it is, from the vantage point of view, this is a learning experience. For now, you are not getting this job. The person that they hired may not work out. You might just put a tickler in your system for 60 or 90 days out that politely says, "I know you hired someone for this role, but perhaps they are not performing as well as you would've liked. I thought I would reach out and see if you are satisfied."

You may not get a response which actually is a response. But, this is a fun way to see if by some miracle, there's an opportunity for you to reenter the scene here. Not right now. Like I said. For now, you have to learn from it. In the future, do like I said and put a reminder in your phone to contact them 60 days from now, 90 days from now, as if they are completely satisfied with the person they hired. I suggest this because there's a statistic about employer remorse related to people that they hire.

I think the statistic is that 60% of hiring managers have buyers remorse after they hire someone. Take advantage of that. See it see if there's a possibility that you can reintroduce yourself if you are not goofing now.

In the meantime, you're getting information about how you can improve and do it so that this way, if the miracle happens and they do want to talk with you again in 60 or 90 days, you've done some work to improve yourself in the area that they perceived the deficiency today and you can do a better job.

This strategy applies to any job. It's not just the foreign job. Any job for which are turned down, try to improve and see if in 60 or 90 days after you've gotten the notice of rejection whether they are completely satisfied with the person they hired, and whether they consider talking with you again.