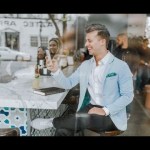 EP 1912 This is one of the classic questions in disguise. I explain the theater behind answering this and offer a quality answer.

I'm Jeff Altman, The Big Game Hunter, the head coach for JobSearchCoachingHQ.com.
It's a site with curated information that you can watch,
listen to or read that's going to help you find work more quickly. We have an
emphasis on interviewing. That includes the interview process for a second, third and
final interviews, answers to tough interview questions. It's good material
that I've created and others have contributed to this site. We currently
have over 500 pieces of information. So, again, that's JobSearchCoachingHQ.com
This is one of those tough interview questions and, you know, it's easy to fall
into a trap and appear like an imbecile.. But the question reads "have you ever
held a position that wasn't right for you?" Now, it's easy to say, "no, no, all the jobs that have been fine." it
begs the question, "what are you doing sitting in my office," and "what's wrong?"
You see, it's a variation on the "why are you looking for a job question," and
you're obviously there because something isn't going right for you with your current organization.
Now, it doesn't mean that you now have an invitation to dump on your boss, to
dump on your coworkers, anything along those lines. What it is is an invitation
to talk about yourself, you in relationship with the job your
organization and what the impact is on you in a more sincere way. Let me give
you an example. So, if you said, "no, nothing's wrong,"
like I said, they're going into "so, what are you here for?" "I'm not making enough money." "Ah!
There it is." But here's how you can do it and sound sincere. You pause for a second.
Again, I'm going to participate in the theater of interviewing. There's a
performance art to this. You are an actress or an actor on the stage, putting on a
performance. Don't want to do it? Grow up! I'm going to tell you that point-blank.
You have to grow up because it's part of persuasiveness and just like you are sold to
in all sorts of advertising by all sorts of dancing happy people who
are there selling you that toilet paper, now with that stupid skit, I'm asking you
to do much the same thing. And I'll just say that the way to answer this is this
"go sincere on them." The way you do that is you break eye contact for a
moment and start to look down because in neuro-linguistic programming we associate
that with a feeling state. So you look down for a moment and then you look back
in the eye, you slow your speech down just a little bit and then you say, "you
know, I don't want to appear as though. I'm being critical of my organization because
they've generally been very good to me. However, I've been in the same kind of a role now
for several years, working with the same people, doing the same stuff in the same
way and, for me, having done this for a while, I really want to learn
something new and do something a little bit different. I also have the idea that
they see me in my current role because I do it extremely well but they will just
be content if I stayed here and did the same thing and took this off their plate
of worries and I'll never advance. So, I'm looking for an organization that sees my
up side and doesn't just value what I can do for them today, but can see me for
where I can go in the future." So what you've done is answer the "why
are you looking for a job" question and in a slightly different way, and what
you've done is answer it directly, probably give them an honest answer if
follow my format there because there is a reason you're there and you probably are
bored, it isn't probably about the money . . . money
is a factor but you can't focus on the money, you can joke at the end, "Hey look
and obviously, I'd like to make more money." and you
may get a chuckle out of them or they may say, "you know the position we
have really only goes to this level," at which point you have a choice and
you should have known that walking in the door . . . but that's a different part of our
conversation." So, the idea here is, again, to just pause for a second, break eye
contact, look down, speak softly and a little bit more slowly and then answer
the question as I suggested earlier. So. I'm Jeff Altman, The Big Game Hunter. I
hope you found this helpful. If you did and you're watching on YouTube . . .
let's see now . . . see there's a little icon there? Sorry, I never get that quite right.
Click the icon to subscribe to my channel. Also, give it a thumbs up on
YouTube or on Facebook live. I hope you enjoyed this and if you're interested in
my coaching you, connect with me on. LinkedIn at LinkedIn.com/in/TheBigGameHunter
Mention that you listened to the show or
watched the show. I just like knowing I'm helping people.
Once we're connected, let me know that you're interested in coaching. We'll set
we'll set up a time for a free discovery call and see if it makes sense.
Hope you have a great day.. Take care.