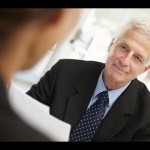 EP 1913 It’s easy to blame recruiters when jobs don’t match up with one another. However, there are other places, too, where things are breaking down. I point those out as well.

Someone asked this question on Quora, not of me, but in general, I don't answer direct questions anymore. I'll just simply say that, if you'd like to ask me a question, you can through the magnifi app, or through prestoexperts.com.
The question was, "did your recruiter lie to you about what job you would get?" Okay, so I want to start by saying, recruiters are very easy to blame, and they deserve it because, frankly, some do lie. But most of the time, the quality ones are really messengers. They're messengers for an employer who's often lying to them. And they're telling you this stuff that they're told by their client.
Now, I know most of you don't want to hear that. You'd rather just blame it on the recruiter because that's easier. But, the fact of the matter is, most recruiters who have any degree of experience would rather tell you the truth, rather than wind up in a situation where, you know, you're going to go to their client, after you're on board and say, "Gee, I thought I was getting this job, and I'm now doing something else. What's that all about?" Immediately, they call up the recruiter; fire them; refuse to pay the bill, they don't make any money. It makes no sense for them to go out and lie.
And, again, some do. But most of the time with third party recruiters, the issue is around the client. The client is scamming them in some way. They're talking about this great offer opportunity, this terrific position, you've interviewed with them, too, right? They've told you the same stuff. And we're all believing it. I'm including myself in that because I did recruiting for more than 40 years.
But the fact of the matter is, number one, clients lie.
Number two is circumstances for them sometimes change between the time of the initial conversation and the time that you join.
Number three is recruiters lie.
Number four is you didn't ask good enough questions of the client in order to discern that there was an issue. So I'm pointing to those four variables, one of which is recruiters do sometimes lie, or they "finesse situations." Now, you can spot the "finesse" because they're hesitating a little bit. They are pausing. And if you have any question about whether or not you're being finessed, which a euphemism for being lied to, you can have a conversation directly with the employer and say, "I understand this is the case. Is that true? Because I didn't pick up on that in our conversations."
"Oh, no, you're not going to be doing now. You're going to be doing this."
"Is there an upside where I can get to this?"
"Oh, no."
At which point, you know, you're being lied to. So, I want to be clear again, yes, sometimes recruiters do lie. But most of the time, employers are lying to recruiters who are the messenger. And you always have the ability to verify because you're talking with their client directly. You can ask questions.
And if this isn't the offer stage where you have the offer, and they're telling you a bunch of stuff that you don't recognize as being true, because no one's mentioned it before, you can always say to the recruiter, "you know, I just want to have one last conversation with the client for about 15 minutes. I just want to cover a couple of things in it."
"What do you want to cover?"
"I've just got some questions about the role," in which case you're speaking directly with the organization. You can verify what you are being told or dismiss it as being the agent lying to you.