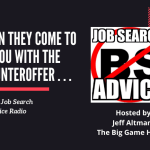 EP 2073 Counteroffer situations are so complicated for people. I offer advice for how to handle them.

Support for today’s show comes from The Ultimate Job Interview Framework. http://www.TheBigGameHunter.us/interviews. Most people go into interviews without a plan. This video course will help prepare you for your interview so that you stand out from your competition (also available on Amazon)  Support for today’s show comes from CareerFitter http://www.TheBigGameHunter.us/Career where 60 questions in 10 minutes does a great job of helping you see yourself in new ways plus suggest alternate careers for you. 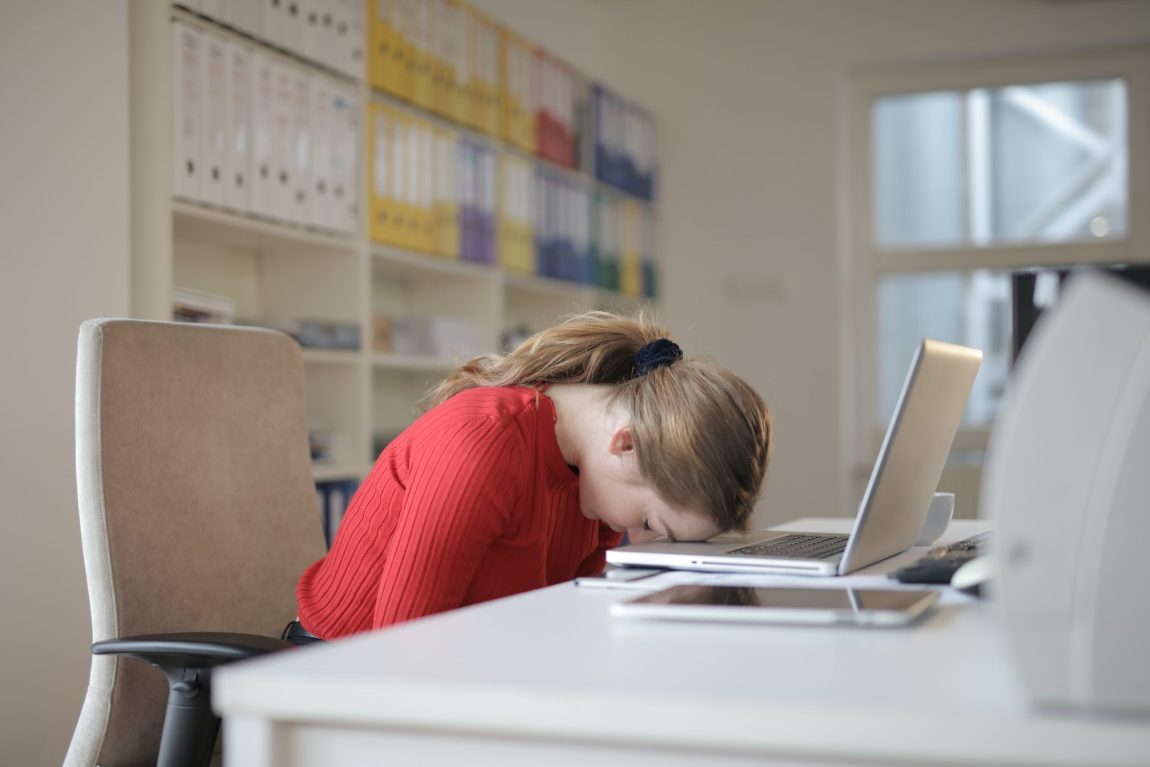 Jeff Altman, The Big Game Hunter, the head coach for JobSearchCoachingHQ.com and NoBSCoaching,Advice.com
So, the job search is coming to an end. You've gotten the offer. Yay!!! You've presented your resignation letter to your boss. Yay! It's a week later, a few days before you're going to start your new job. Someone says to you, "Can I see in the conference room for a minute?" You walk into the conference room and your boss is there. His or her boss is there. Maybe HR is there. Now you're stepping in and you're wondering, "what's going on?"
Normally, it's your boss's boss that is speak with you and talk with you about how important you are the organization.
"But why are you leaving??? You're so important? Please stay! Don't go! What's gonna take? What's it gonna take? Come on, tell us. What's it going to take to get you to stay?"
Now the easiest thing for them to give you is the money.
"How much did you get. We can match that."
Your first response should be to take a deep breath and listen. Now, I want to be clear, I'm not going to tell you not to take a counteroffer. But I am going to tell you not to succumb to the emotions of the situation, because they know all your buttons to press and it's taken putting a gun to their head for them to treat you differently.
We know it's not just about the money. It's about the work. Maybe it's about a relationship with your co- workers and how they treat you. Maybe your boss is an imbecile and they don't really see you for your real value. So, at the end of this meeting where, generally I'm going to suggest you be cooperative, I want you to say, "You know, you've given me a lot to think about, and I want to think about it for a day or two. Is that okay??
If they say, "No, we want an answer right now," then tell them, "no," because what they're trying to do is be bullies, right? They're trying to bully you into taking the offer. But instead, "you've given me a lot to think about. I'd like a day or two and, I promise you, I'll be back here day after tomorrow or, if it's a Friday, on Monday. You'll have my final decision."
Now, I want to remind you, as I did earlier, money was only one variable in your thinking. Your relationship with your boss was a factor. Maybe it was the office itself. I worked in a place where in summer, they couldn't get the central air working properly and, thus, you know, we were sweating bullets all the time. There was no accommodation for us. They couldn't get it fixed, they weren't going to move because they had a lease, they wouldn't put in a new system. And it wasn't tolerable. And they couldn't change it. If that would have been my primary variable, no amount of giving me an increased percentage makes a difference.
If the issue's around my colleagues, those aren't changing, right, it's not like they're firing the entire office just to save you, right? It's not like they're firing your boss to keep you, right?
So, I want to remind you, and hopefully you did this at the beginning, you ask yourself the question, what's most important to you with the next job or organization? The same measures of that that you're applying to the other firm have to apply to your current firm if you're considering the counteroffer.
I also want to say that there's one other thing for you to remember and that is, once you've said, "yes," they may go back on it. They may do a little stuff for a little while, but they may go back on some of the other stuff. And it took the threat of leaving for them to act.
Whatever you decide, you're going to have to live with so I'm not going to tell you to say yes or no. But I am going to tell you get out of the room, think about it for a couple of days and I know you're not going to be sitting, sitting in lotus position, thinking about it for a couple of days, going, "Om," but take some time. Let it creep into your mind. See whether their promises to you make sense.
Ask them if they're trying to talk with you about a transfer to another group. Ask for them to put that in writing to you. If they're going to talk with you about meeting certain performance criteria for the next raise or the next promotion, put it in writing to you.
Why do I say that?
The people who make the promises sometimes leave, and then you're left holding the bag with nothing. Nothing with your current firm; you've lost the other job. Have them put it in writing. They'll say, "We can't do that."
"Why not?"
"It's never been done before."
"There is the first time for many things, right?"
So don't fall prey. Make sure if you are going to take a counteroffer that you're protected, and if you're not going to take a counteroffer that you weigh the options carefully.

Support this podcast: https://anchor.fm/nobsjobsearchadviceradio/support in