Talent is a huge component of the success of any organization. Without the right people, you're spinning your wheels. The cost of talent acquisition. . . It's a fortune, like 65 million people are hired in the US in a given year. And this statistic I saw is that it costs $4600 approximately, to replace in person. Obviously, higher level people cost more. But on average, it's translating into a lot of money. You do the math on this.

I just read an article in Forbes, about two organizations that were doing something a little bit different. I thought I would just share it with you. The first one was Goldman Sachs. Goldman would send people out on campus recruiting trips and target specific universities. They'd collect resumes, shake some hands, come back to the office, go through their process.

In 2015 they were able to hire a little less than 800 people. In the most recent statistics they had, it was over 1200 with many of them coming from different universities than they'd ever hire from before. Now jury's out about how effective these people will be once on board. I can see that point. But in their ability to do this selection, they got bigger numbers from a wider, more diverse set of schools.

Talent resides in lots of different places in lots of different forms. McKinsey, in their effort to find people, constructed a cognitive game to deal with decision-making. Now again, this doesn't deal with knowledge ut what it does to is create a game that allows the organization to see how people respond under pressure, and also how they make decisions, what their thought processes like.

I don't know what's right for you. Video is obviously the easy choice. AND there's so much more that organization can do with video to bring people on board. Like I use a service called Zoom; I'm not recording with it. But what Zoom allows me to do is create a video, a conversation with someone. They can schedule on to my calendar and they'll automatically receive a link for logging in and we're able to have a conversation.

It is very, very effective. Couldn't you do more of that yourself and I'll have a link to Zoom in the show notes, just in case you have an interest in exploring their service. Very inexpensive. Like right now it's about $15 for a single license. I'm sure they do something for larger organizations for a broader license.

I'll just simply say, it's time to start thinking creatively about how to attract and evaluate people. There are shortages as I'm recording this, and you're competing for talent with other organizations. What can you do to facilitate the process and still maintain standards? I want to be clear about that. No one's heard me talk about lightening, the criteria for your hiring. I always talk about getting clear about it. But I haven't spoken about reducing your criteria. I'm just talking about doing it in a more efficient way.

Jeff Altman, The Big Game Hunter is a career and leadership coach who worked as a recruiter for more than 40 years. He is the host of “No BS Job Search Advice Radio,” the #1 podcast in iTunes for job search with more than 1400 episodes and his newest show, “No BS Coaching Advice.” He is a member of The Forbes Coaches Council. “No BS JobSearch Advice Radio” was recently named a Top 10 podcast for job search. JobSearchTV.com was also recently named a Top 10 YouTube channel for job search. 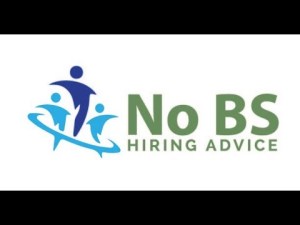