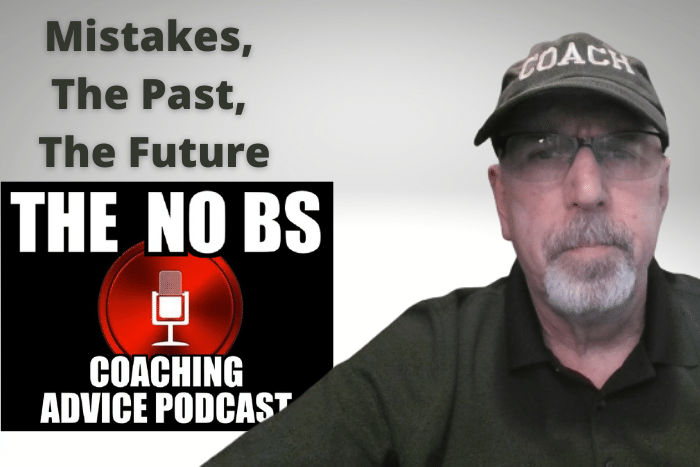 Mistakes, The Past And The Future | The No BS Coaching Advice Podcast

EP 131 Starting with, a refreshing quote from Oscar Wilde we start to build a case for reflection and change.

SEGMENT 1: Welcome to life, folks. We want people to do what we want them to do and they don’t right. I was certainly true on that drive back from Connecticut with my son. . .  Which reminds me of the old Oscar Wilde quote or at least one that’s attributed to him.

“Life is too important to be taken too seriously.”

You know, folks, every little bit of detail in life, we fixate on, and we take so seriously, as though the end of the world is near. Ohhhhhh! It’s terrible. It’s gonna come, it’s gonna make us miserable.

Well, what winds up happening is we fear so much that never happens. It’s not a way to live life, is it?

SEGMENT 2. One of the ways we deal with making life too important is by recreating the past in our current lives. For example, that person who reminds you of a previous relationship, that situation that you were in just yesterday, that when you take a little bit of time to reflect on it, reminds you of something from your past, from when you were a teenager, or younger.

It’s amazing how these things recreate themselves. We hold them in our bodies in particular places, and they bubble up and cause mischief and mayhem. I’ll just simply say, folks, recreating the past with others, rarely resolves the old problem.

I’m going to repeat that. Recreating the past with someone new, rarely fixes the old problem. consciousness about how we recreate it really does, and becoming aware of where we hold it in ourselves and what happens to trigger it can make all the difference in the world.

Winning Has a Price

SEGMENT 3. Easier said than done. I’ll tell you that point blank. Easier said than done is letting go of our old beliefs, and our old ideas that we carry around with us, like luggage throughout our lives, only to bubble up, only to surface when we really don’t want them or need them. Asuddenly, they flash up right in front of us within an inch of our nose and cause us to stop still.

It’s so important to learn how to let go of these past ideas, these past experiences, use them as lessons, but not as impediments to our happiness or success. One of the ways we become successful is by taking risks and confronting the boogeyman that is living within us that causes us to be small and to be like . . .  well, I’ll put it very simply . . . children in adult bodies. Is that how you want to live your life, living in your past, reviewing your past and, and never having the life that you want? I don’t think so.

SEGMENT 4. In the US, one of the beliefs we hold on to is that we are all separate. We’re all individuals. And we feel much more alone when we carry that belief with us instead of remembering how interrelated we are.

You know, age is one of those ones that we don’t really talk about until we finally get older. And I just know that there’s a great story about Harland Sanders who started his business at age 60, was bankrupt by 65. In case you don’t recognize the name, you’ll know him as Colonel Sanders. The colonel died a very wealthy man, having been rejected more than 1000 times more than 1000 times as he was trying to bring out his idea for fried chicken.

You know, I’ll just simply say we’re not always right. And a lot of times, we’re wrong. We’re all connected with one another. A degree of kindness shown from time to time to individuals that we don’t really know, helps us feel better, and may be the profound difference in someone else’s life that catapults them to a new situation, to self worth, success, the things that they’ve dreamed of in life.

I’ll just simply say I had another one of those moments a week ago, where someone messaged me saying that I changed their life. It doesn’t get much better than that. And what I did was take some time to help someone. I’ll tell you, it felt so good.

Jeff Altman, The Big Game Hunter is a career and leadership coach who worked as a recruiter for more than 40 years. He is the host of “No BS Job Search Advice Radio,” the #1 podcast in iTunes for job search with more than 2300 episodes. He also hosts Job 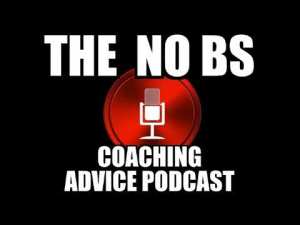 Search TV on YouTube, and Amazon, as well as on BingeNetworks.tv for Apple TV and 90+ smart sets.

I do a livestream on LinkedIn, YouTube (on the JobSearchTV.com account) and on Facebook (on the Jeff Altman, The Big Game Hunter page) Tuesdays and Fridays at 1 PM Eastern. You can send your questions about job search, hiring better, management, leadership or to get advice about a workplace issue to me at TheBigGameHunter(at)gmail.com. In the subject line, put the phrase “Office Hours.” You can also message me through chat during the approximately 30 minute show.