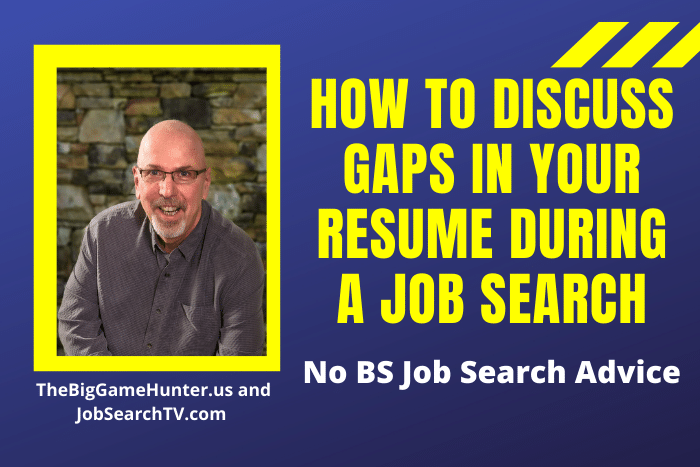 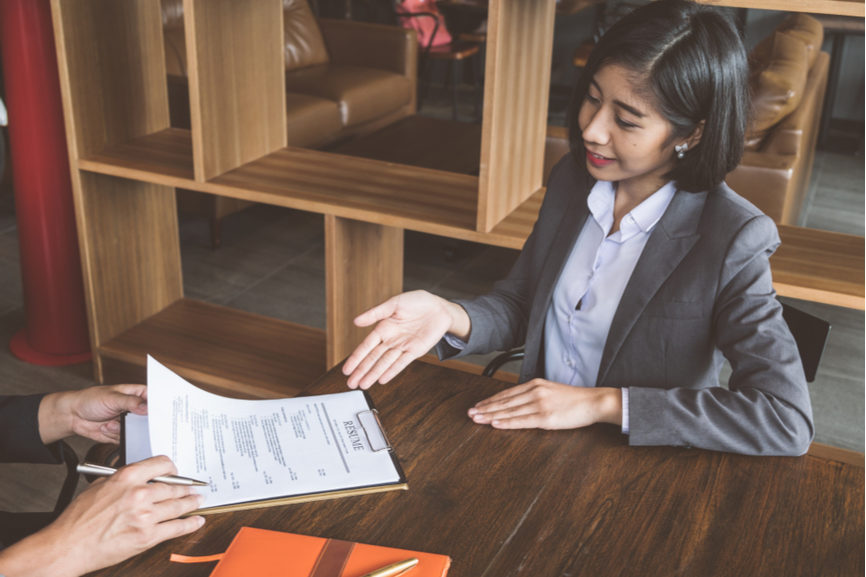 There are few things that make a job seeker more nervous than having recruiter after the recruiter scrutinize their work history and inquire about employment gaps.

Being asked about where you’ve worked, why you left and what you’re looking for in your next role can be nerve-racking for any candidate, but it’s especially fraught for applicants who have experienced prolonged periods of unemployment.

In addition to researching the company and the role prior to a job interview, this type of job seeker has to prepare an answer to one additional question: Why were you out of work for so long?

There are myriad reasons for employment gaps on resumes. In many cases, a functional resume format can de-emphasize obvious holes in a resume’s timeline, but even this won’t always substitute having a great response at the ready for recruiters who ask about said gaps.

After all, a great response might not just save the interview, it could even improve your odds of being hired.

Let’s break down the most common reasons people experience employment gaps and explore how you might handle each.

Aging and illness are unavoidable realities for everyone, and they can derail more than just one’s sense of normalcy. Thankfully, recruiters are human beings, too, and will hopefully be understanding if you had to take some time away from work to care for a sick or elderly loved one.

Executive resume and career consultant Wendy Enelow explains that this scenario isn’t necessarily a negative in the eyes of a potential employer.

“This is a fact of life for all too many people these days,” she says. “You might be surprised at the positive response you get and, in fact, people might even be jealous that you had the opportunity to spend quality time with one of your parents before they passed.”

David Nicola, a veteran tech recruiter and the founder and owner of DGK Search, shares Enelow’s sentiment. He believes that the way you frame your extended absence could even make you appear more hirable.

Years back, he recalls enthusiastically hiring an applicant who made an effort to earn an extra, work-related certification while caring for his father. “That, to me, really stood out because of his initiative and drive,” says Nicola.

2. You left to raise kids or start a family.

One of the more common reasons workers ­— especially female workers — find themselves with resume gaps is if they have stepped away from the workforce to raise children. According to the 2017 Motherhood in America report, 64 percent of women leave the workforce before having a child. Sixty-six percent of those women return to the workforce at some point.

Add to these facts a 2016 SHRM study that found the average maximum amount of guaranteed maternity leave in the United States is only 14.5 weeks (or roughly 3.6 months).

Nicola advises parents returning to the workforce have a solid, but not-too-detailed, answer ready once they start applying for work. “I suggest [giving] a broad explanation and to not get into a ton of detail. Doing that can lead to side tangents and take away from the reason the candidate is there: to show why they’re the most qualified for the role.”

While it’s illegal, some U.S. employers have been accused of discriminating against pregnant women. And, with paternity leave not fully normalized in the United States, men who have taken time off to raise children should consider their responses equally carefully.

Experiencing a layoff is another common reason for employment gaps on a resume. Usually, layoffs aren’t a worker’s fault, so there is no shame in admitting during a job interview that you’ve experienced one. The key is to show that you used your time off wisely, regardless of how long your period of unemployment lasted.

Enelow says that showing you’ve been proactive during this period — by, say, taking courses or learning new skills — is what matters most to employers. “Perhaps you volunteered with a charitable or community organization, read extensively about a topic relevant to your career path, tutored, planned special events for your child’s PTA, traveled to expand your knowledge of the world or gained a new language skill,” she says.

To that end, adding coursework you’ve completed or volunteer duties you’ve taken on while unemployed is a great way to show you’ve stayed productive during time away from work. If you’ve volunteered for multiple causes, adding a “Volunteer Work” section to your resume, along with the dates you participated, is a great idea.

While the practical, day-to-day aspects of being out of work might feel the same whether you’ve been laid off or fired, having been terminated from a previous role puts a job seeker in an entirely different (and less advantageous) position.

“That’s a conversation no candidate wants to have with any employer. If it’s embarrassing, if it’s compromising, it’s going to be hard to come back from,” says Nicola. “It’s important to be honest, transparent and upfront as much as you can, but that doesn’t mean that you give all the gory details.”

Workers in this situation are best off framing a firing as a learning experience. That doesn’t mean retelling events in an untruthful way, but instead referring to mistakes as things of the past.

For example, if you were fired for a performance issue, explain the steps you’ve taken to improve the skills that led to your firing. Showing the personal growth you’ve made since being let go can show an employer that you have the potential for professional growth, as well.

“Talk about a time gap,” says Nicola. “Getting a job when you’ve spent any amount of time incarcerated, that’s going to be the biggest challenge.”

Enelow gives ex-offenders the same advice that she gives people who have been fired,

“Be honest, as potential employers are certainly going to find out and, hopefully, [you can] share with them what you did or learned while in jail.”

If you live in a state that has passed Ban the Box legislation, which prohibits employers from asking about your criminal history, it may be tempting to completely omit mention of past convictions. However, that information is sure to turn up in a background check. So, if the question is raised, be honest.

Do your best to frame past legal punishments as successful opportunities for growth. Following Enelow’s advice by sharing specific ways you grew or were rehabilitated while incarcerated is your safest option. Speaking about relationships with new mentors, having engaged with perspective-expanding programs, or even citing enlightening books you read might also help prove to recruiters you’re a changed person.

Finally, keep in mind that no matter how convincing you are, some crimes can still affect your hiring prospects. “Obviously a person who was in prison for embezzlement is not going to be [hired as] a CPA,” says Nicola.

So, When Do I Bring Up My Resume Gap?

As long as you don’t dodge these questions, and as long as you positively frame every element of your past, you’ll minimize any burdens caused by resume gaps. This means answering questions as soon and as honestly as possible, whether they’re tossed your way in the phone screening or onsite interview. Just remember not to go out of your way to bring up gaps, especially when making your first impression.

“I would not address [gaps] in the initial cover letter since you want your letter to focus on the positives and value you bring to an organization,” says Enelow. “No need to get into the ‘weeds’ unless, of course, you’re sending a follow-up letter after an interview and it was brought up during the interview. Then address it briefly and positively.”

Enelow also recommends job seekers not include full dates of employment (i.e., day/month/year) on a resume. Sticking just to the years you were employed will draw less attention to relatively smaller, months-long gaps.

Again, when considering how to write a resume that will draw attention away from employment gaps, remember that a functional format can help distract from more glaring omissions, but not cover them up completely.

The main through-line in both Enelow and Nicola’s advice is that the only productive direction in which a job seeker can move, regardless of the reasons for their resume gaps, is forward. No matter why you’ve been out of work for an extended period, there’s no shortage of advice out there for the unemployed. More than anything, keep in mind that what you were doing during that phase of unemployment might matter more than the factors that led you there.