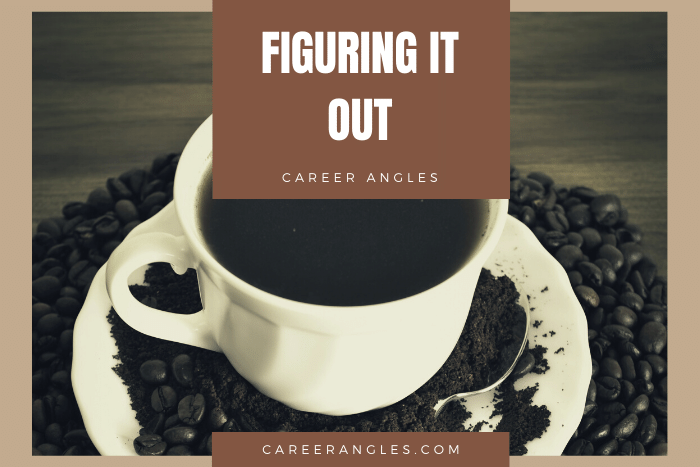 It seems fitting that my son is making the same mistake I did — he is trying to figure things out on his own or is asking for advice from people who know as little as he does.

I do that and get it for many years.

I started my first business when I was 22 with a partner who was 30. He was the wrong person to work with for many reasons but I never asked for advice. I never even thought of asking for advice from anyone let alone someone who might have more experience than I with owning a business

or owning a business with a partner

or how to choose a partner

I was arrogant in what I thought I knew.

My arrogance gave me an expensive lesson.

I picked the wrong first wife.

I had a good girlfriend between wives number one and number two but from fear blew up our relationship. I did not know how to be open and honest with her and one day exploded out the door. I didn’t know who I could ask for advice and, even if I did, I wouldn’t have listened.

Eventually, I found people I could talk to and fearfully started to take a chance by talking with others and risking their rejection. Frank, Bob, Bill, Jim, and Dominic invested time in helping me, even when I did not think of myself as being worthy of their care, love, and support. Dennis and Ken replaced to of the originals who moved. With time there were more I started to listen more carefully. I became a giver instead of just a taker and learned a lot from doing that.

I never made the time to talk to my father who, like me, was a small business owner because I always thought I didn’t need his help. Asking for help meant I didn’t know what I was doing. In fact, it was just immaturity and stupidity.

As a coach now, I work with people who, like me, have come to the end of the rope and realize that they need help. Fearfully, they are dipping their toes in the water, hoping that I’m someone who can help them.

A million times the expression, “When the student is ready, the teacher appears.”

Sometimes the teacher appears even when the student is not ready.

No matter, what’s important is the willingness to ask for support choice and develop a relationship with someone who you can trust.

One of the charming parts of mob movies like, “The Godfather,” is the role of the consigliere, the trusted advisor, the person “The Don,” seeks out for advice but doesn’t necessarily listen to.

At least he here is the advice of someone else.

Many of you never do.

I find it amusing that I am in that role and at that age where I am that person for them… Knowing that they may never take my advice but at least they hear it.

I’m supporting people who are figuring things out and you realize that is smart to ask for support and hear advice.

A lifetime is not a long time. We like to think of ourselves as immortal. We aren’t. We are pretty dumb if we think we have time to figure things down when there was an easier solution that could be presented to us if we just asked for advice.

Figuring It Out | Career Angles

Jeff Altman, The Big Game Hunter is a career and leadership coach who worked as a recruiter for more than 40 years. He is the host of “No BS Job Search Advice Radio,” the #1 podcast in iTunes for job search with more than 2100 episodes. He also hosts Job Search TV on YouTube, Amazon, and Roku, as well as on BingeNetworks.tv for Apple TV, and 90+ smart sets.