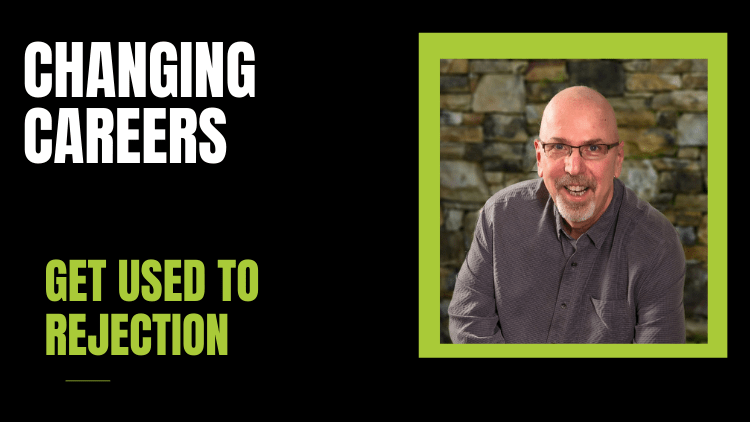 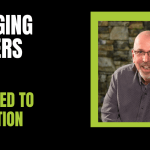 EP 1945 If you think and act as though everyone will say yes to your idea to change careers, you will never be successful or get out of the starting gate.

Changing careers is rarely an easy process. You wind up starting to go out on a bunch of “blind dates” and talking to people about your idea and, more often than not, you run into two reactions. One is the one that immediately is the voice of do.

“This is so hard. Why would you want to give up your what you have now?” That is sort of voice is one voice. Then, there is the one that says, “yeah, but …” and it talks about how your deficiencies. It is very easy, after you here are a few of those rejections, where your inner critic starts to take hold and starts to tell you how wrong you are in this idea.

So, often, the rejection starts to get internalized by you or buy people, in general, and it starts to activate that inner critic within you that basically tells you that you're doomed in your current circumstances. It fosters t the desire to stay put and be “stuck.”

I don’t want you to get into an argument with your inner critic. You can't win that argument. But to understand the inner critic is to understand the notion that there is a part of you that wants to feel safe. It doesn't want to go through difficult challenges and would rather just stay where you are rather, than risk rejection or failure.

What’s best, instead of arguing with the inner critic is have an internal dialogue with the part of you that wants to be safe, that part that basically says, “hey, it’s pretty good where we are right now and you shouldn't have to do this.” You start to think about and understand why that safety part of yourself is afraid to make change. Start to negotiate with it. Have a conversation with it. Understand that part of yourself that would rather be comfortable, yet miserable, rather than uncomfortable and taking on something that's risky.

When you think about it in that way, it's a much more normal reaction that you, internally, say to yourself, “yeah, this is good be hard. I don’t know if I want to go through this. After all, (let me point to myself for a second) I'm not as young as I used to be.”

However, at the end of the day in, you know it's the right thing to do and you just have to make that bargain with yourself that you are going to do this in ways that make sense. Without that, you are going to keep dealing with rejection and going back into the cocoon, rather than going out there and try to make that change you know you really want.