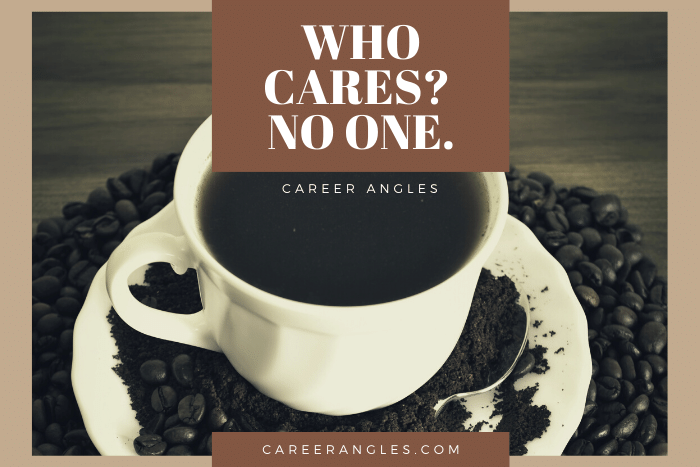 Cause he gets up in the morning,
And he goes to work at nine,
And he comes back home at five-thirty,
Gets the same train every time.
Cause his world is built ‘round punctuality,
It never fails.

As I work with so many people around the world, they reflect the same story — women who work in careers they loathe. Men who are trapped in the rat race of trying to please a boss who has no real ability to help them advance but feeds them placebos of pats on the back and, “well done,” that create the illusion that there is hope.

Hope is the painkiller for people who live in this life.

Hope is the destroyer of dreams because it encourages you to hang on longer than you should.

Jerry was always considered, “the backbone of the organization.” He was always thought of as “the successor”… Except he wasn’t. He did good work. He was reliable. It was dependable. Use a well-respected man in the organization except no one who was the decision-maker thought that he could take over. He was a Lieutenant but not a general, an aide but not a leader.

When you look around your organization, does anyone ever move up or did they bring people in from the outside?

How long did it take for them to move up?

Did it require someone to move out for them to move up?

If they bring people in from the outside, is there a pattern to the background that they tend to hire for?

How old are they? What gender, race or ethnicity are they? How do you fit that profile?

What habits do they reveal in their thinking with how they hire?

Look at leadership decisions from the standpoint of messages that they are communicating by their choices and whether you can fit with their opinions about the staff.

One man I know does world-class work that has profoundly affected the marketing success of this organization. He is orally praised as being exceptional however, is always asked to be accommodating during his reviews and accept less than what he believes that he deserves. He meets all the benchmarks for a promotion that the institution has set but is passed over for older, longer-tenured individuals who have yet to deliver his results.

Juanita has been reliable for her firm that has done little to create a reputation for herself as someone who can step up to the next level, nor has she pushed for it. She is like a pair of comfortable shoes for the woman she works for and, thus, is taken for granted. She has received one promotion in 10 years and that was to add the word, “Senior,” to her existing title. Do you really think she’s going anywhere? I sure as hell don’t.

You have to pay attention to signals in the behaviors of your leadership vis-à-vis you and not their words. Words are a seduction. Actions are like giving someone a ring.

Never accept mediocre returns for your investment of effort.

Someone will appreciate you more and, during your interviews, let them know that you won’t tolerate a pat on the head.

Employers act with the knowledge that they have power. Employees act with fear that if they speak up they will be thrown out. For the quality employee, nothing could be further from the truth.

It is only the stupid manager/director, VP who would do that.

Stand up for yourself and stop being a dishrag.

Adopt the posture of the champion and act like one. Think about the winners of the Super Bowl, the World Series, World Cup, any major sport, and how they acted and carried themselves knowing that all their effort has resulted in a championship.

It started with the belief that they were good enough.

If your boss is trying to feed you criticism to create insecurity within you, look them in the eye and tell them that this is not the way to help you grow. Get a coach to help you develop and to have your back.

One of the things that athletes are often told is that they need to learn how to win.

Don’t focus on not losing.