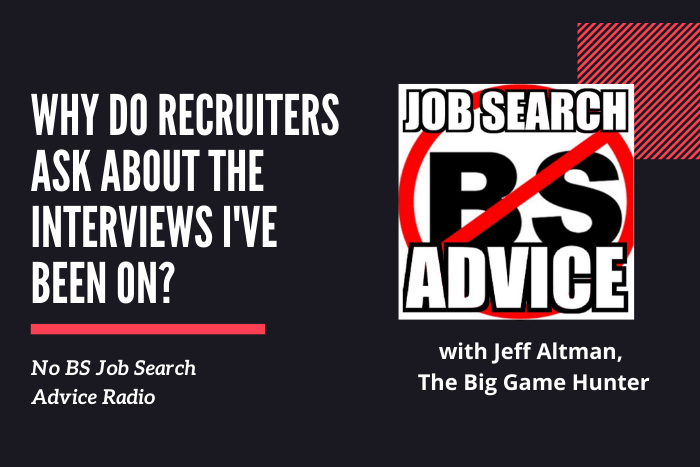 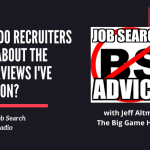 EP 1993 A conversation with a friend is the source for this video. Do you agree with me?

Now, a friend of mine contacted me with a dilemma. We'd spoken previously, and he told me about his frustration with his current job and his organization. They really want him to do a different type of work than what he's in now. He feels kind of roadblocked and kind of committed right now that he's got to stay put for a period of time because he made a promise to his boss. Happens all the time.
We talked about the other type of role and we go through a whole series of machinations to come up with a strategy for how to look ahead and see if he can transfer internally to doing work that he really likes, which is different than what he's doing now.
I get a message from him. And it basically says, "Hey, what do you think about a practice interview, and I read the rest of the note. He's gotten a recruiting email from a firm that he casually met with socially, or met someone socially from the firm, a new position was opening up. They give them a little bit of flattery (you know, we're looking for a top performer went through our CRM, and, lo and behold, we had very good memories of you from a previous conversation where we met socially with you). "I was wondering if you might be interested in this role? No, we don't have a job description yet. It's brand new for us. And what do you think?"
And, you know, the question is also, "is it okay to do a practice interview?" The real question comes down to, "What really changes," because the role that they're proposing is a better title, but it's much of the same type of work with a few more responsibilities on top of it. And we don't know the money. I know he likes the organization that's involved, but his real heart is doing something different.
The question comes down to what really changes?
Is there any harm in doing an interview? Absolutely not. But why would you waste your time? You know, it's one thing to say to them, "Hey, look, I'm not aggressively looking. Right now, I'd obviously like to know a lot more to see if it would make sense for me. Right now, I don't have much to go on and have a conversation. But, the fact of the matter is, I need to know a lot more because I'm not aggressively looking."
Yes, you can say that kind of stuff but the more important thing is, before you have the conversation, it's important to sit down with yourself and ask "What's most important to you in the next job or organization? What will you need to see or hear to believe it's a great choice for you."
I say that because what happens is when people interview in situations like this, there is a momentum that builds up. There's an excitement. It's like how the courtship process starts. You feel good; they like me. You kind of get a head of steam up and it becomes hard to grind your heels in and go, "Oh, wait, I'm not sure this really does anything for me, except give me more money and a better title." Those two are good things but if that isn't what floats your boat, you don't do it.
Before someone goes out on an interview under circumstances like this, where you really are not thrilled with the work that you're doing anymore, you really prefer doing something else and someone wants to talk with you about the old work, take some time, write some notes down, ask yourself the question, "what's most important to you in the next job or organization? What will you need to see or hear to believe it's a good choice for yourself? t day. Take care