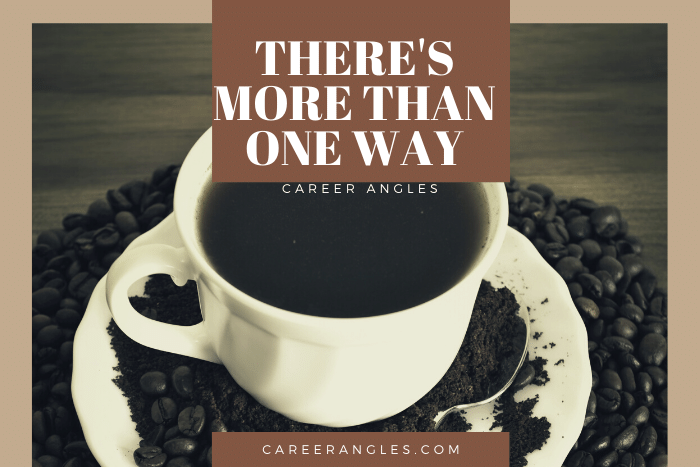 I want to talk with those of you manage people about the necrosis that has said in with many of you.

You know the right way to do everything.

I project that myself and others give their power to me regularly because I KNOW. I KNOW EVERYTHING.

When my wife and I bought our first house on Long Island and were facing our first snowfall, I was going to be at work in New York and she was going to pick up the snow shovel for me at Home Depot. I told her what I wanted and she bought it for me and start to shovel the snow before I got home.

It was when her back started to hurt her, only then did she remember that I had grown up in apartments where superintendents took care of things like that and I know nothing about snow shovels.

Many times you’re going to be wrong.

Have you ever considered asking your people their opinion about a decision to be made?

Did you estimate follow-up questions to get clarity about why they thought that way?

Did you challenge them with your thinking, telling them, “I want the best idea here and if mine isn’t, that’s great! If yours isn’t, you stress test that my idea. Great!”

Have you considered that part of your job as a manager is to train your people to think creatively?

Have you considered that the people working for you are just like you were some years ago? Ambitious. Wanting to move up. Believing that they know more than they do. Wanting to challenge their boss safely and show their stuff.

Part of being a manager or a leader in an organization is being like a good mother or father to their staff. By that, I mean the wise parent who guides the child in their development.

Wise parents know that they are going to be judged AND know that there are things that need to be done. These are not mutually exclusive.

In the beginning, your child/employee may not do so well. After all, they have received industrial age conditioning that tells them to do what they’re told when they are told to do it.

That’s what the school system has conditioned them to do.

As Seth Godin wisely says, the first time a student asks whether it’s going to be on the test is the first signal that they understand the rent an education system, not a learning system.

You can be an old-school manager with old-school employees reporting to you who do what they’re told and then talk behind your back about the last decision you made and how foolish or stupid you were.

That doesn’t create inspiration in your people. It creates robots you need to motivate, whose eyes glaze over and do good enough work to get passing grades, just like they did in school.

If that’s what you want, keep doing what you do. If you want to develop your replacement so that you can be promoted, see you are not indispensable and can move on to something else, you need to do it differently than you probably are.

There’s more than one way to manage. If you want industrial age management who wonders why his or her employees are not fully engaged with their work (in the US, despite all that is known and measured, employee engagement has remained constant at about 32%. That means that the rest of the staff is completely turned off or actively opposing what you’re doing. The rest of the world is even worse).

There’s more than one way to manage people to get the results that you want from them. For many of you, the next time you see one of them smiling while they’re doing work will be the first time.

There’s something wrong with that.

Are you interested in leadership coaching? Please click here to see my schedule to book a free discovery call or schedule time for coaching.