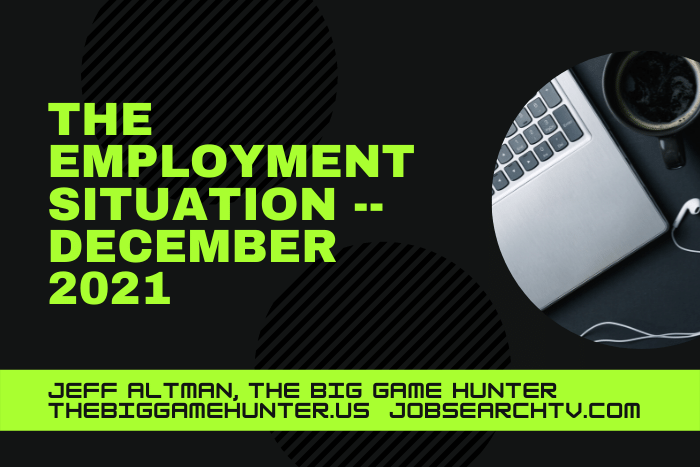 Republished with permission of the US BLS

Jeff Altman, The Big Game Hunter is a career and leadership coach who worked as a recruiter for more than 40 years. He is the host of “No BS Job Search Advice

Radio,” the #1 podcast in iTunes for job search with more than 2200 episodes. He also hosts Job Search TV on YouTube, Amazon and Roku, as well as on BingeNetworks.tv for Apple TV and 90+ smart sets.