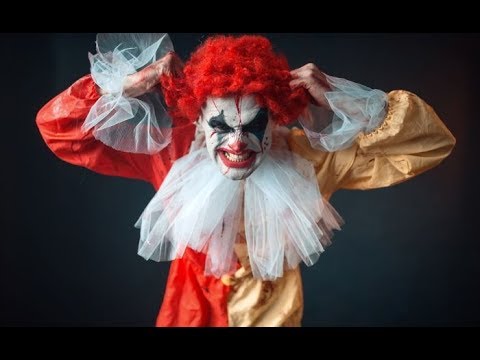 This is "The No BS Coaching Advice Podcast," Episode 140. I'm your host Jeff Altman, The Big Game Hunter and welcome. I like to spend some time at least once weekly, talking with you about some aspect of life, the universe and everything and things that often come together into these shows that come from very disparate places.

SEGMENT 1. This one is going to start off with an interview I was listening to with Reid Hoffman and Jordan Harbinger. One of them says to the other, "learn from jerks." I think that's a great piece of advice, because I think, often, we just dismiss them, and don't really stare at them and pay attention to "the jerk quality within them."
For example, one of the guests on the show, talked about a woman who would walk into the coffee shop she worked in some years before when she was a student and hadn't started her business yet and talked about the woman who yelled at the barista, about the bad latte she kept getting. The comment was, you know, I had to figure out for a while, why she was walking in and yelling at everyone all the time. Because after all, most people really liked the lattes, but she kept yelling about how she hated them.
The comment made was, it's not always about the latte . . . but sometimes it is. The lesson in that jerk was that what she really needed was contact; she was lonely. She needed to have a human connection with people. The notion of studying people and what their behaviors are, and what they're communicating by what they say and what they don't say, is fabulous. Pay attention to the jerks. They'll teach you some lessons that you may find very helpful.

SEGMENT 2. I find the language of business, these days, very, very funny. Let me give you an example.
Businesses talk about creating process to do things, right. "We have a process to do this; we have a process to do that." Then, they bring in consultants who are there to create transformational change, that isn't about process,; it's about liberating the individual. At least that's the way it's supposed to be. It's not about transforming process. It's about transforming people. That's the bind that individuals are put into within the workplace these days.
When I think of how much effort goes into homogenizing, and then transforming people in systems, so that individuals are freer, it's insane. Let me just talk to you folks for a second rather than the business owners who I often will speak with, your goal, the thing you should be looking at in your life is how to be distinct within the frameworks that these firms set up.
I'm not telling you to be a jerk, of course, but find a way to be different, distinct, unique (here's the magic word) "special," while at the same time, operating within their crazy insane framework or business. You will find, suddenly, opportunities are going to come your way. And you're going to like it a lot more, won't you?

SEGMENT 3. A friend had his birthday party this weekend at his home nearby. He's in his 60s at this point, has just sold the business. He's feeling great. His home overlooks the city. It's on top of a mountain with spectacular views. And he's worked hard, let's not kid ourselves. He's worked hard. He's not been an overnight sensation. He's a guy who plugged away with a lot of effort, built a firm that was sold, and now has the opportunity to reap the rewards.
So, his wife threw a birthday party for him that, initially, he resisted. Being the typical guy that he is, he didn't want a lot of attention. Then, as a kind of kept getting closer, he got more excited.
Folks are meant to be celebrated. We are meant to have connection with people. We're not here as isolated individuals; the idea is to celebrate great moments. We're also meant to be seen. It doesn't make you "a jerk" or anything. It makes you a human being to want to be seen and noticed for the good stuff that you do, not the obnoxious things. That stuff, we'd rather get invisible about, right?
But the important things in life, the successes that we've had in our personal and professional life should be celebrated and we don't do enough of that.

SEGMENT 4. Connections between people, they take time. We build relationships with them. We deal with common successes and failures. We hang in there when it's difficult. We love one another over time. Walls between people are built overnight and, so often, the reason the wall is there is our judgment about another person is so profound and so overwhelming, well, we act as an executioner for them. That's really the truth-- we execute in our minds.
Is that the way you want to be seen? Is that the way you want to be judged? Why do you think others want that? They may have made a mistake. If you made a mistake, would you want forgiveness or anger?
Folks, jerks are complicated. People who make mistakes, well, they're human. Figure out whether this is a mistake and don't just throw the wall up instantly. You'll find yourself a very lonely woman or man.