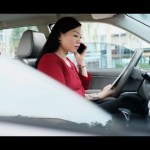 EP 1638 On today’s podcast, I offer a simple way to circumvent the recruiter. Try it!

The question I received was an interesting one, and I'm going to answer it in multiple layers. The full question reads, "How does one get past the young recruiter who disqualifies you for age before a decision maker has a chance to consider you?"
Great question. Great great question. Let me let me go to the couple of different ones. Number one is ageism shows up in a lot of different forms. Here, the ageism starts off by being presumptive. The presumption is, "I'm going to be discriminated against on the basis of age and ruled out because I'm old." I have no idea how old this individual is. For all I know, they are 40 and they are being interviewed by someone 22. They can be my age (by the way, I'm 68) and interviewed by someone 30 but the assumption is that your age is going to knock you out of contention, when, in fact, what will knock out of contention more often than not, is your attitude because you're starting off with a chip on your shoulder.
You're doing nothing, nothing to change attitudes You see, one of the things I know about older people is they come to this assumption of ageism very very quickly and they do nothing . . . nothing to defeat the bias. So, for example, when I work with organizations where I'm talking to the 25 year old recruiter, the 32 year old manager and they see this face, it's easy for me to say, "They weren't interested because I'm old." In point of fact, if I haven't done a good enough job selling, if I haven't been personally persuasive of them that I'm a better choices as a search firm than their other alternatives, that's not about ageism. That's about how I've sold myself and that happens in interviews way too often. NOTE: II NO LONGER DO RECRUITING.
The older worker cops to the . .. as soon as they see the 24 year old in the room, They go, "Oh, shoot! I've got no chance here," as opposed to really selling their energy, their drive and their knowledge. Often, an older worker is rejected because their resume says, "Manager, Director, VP" all over and it's a staff position that they're applying for. It isn't about their age that's a factor. It is the fact that they haven't been in the trenches doing the job day to day that has been called for. Instead, they've been managing people, operating at a higher level than what the job entails and then, again, they come to this notion of ageism has be the factor. With that rant aside, let me go to the actual way of doing it.
If you have reason to believe proactively that this is going to occur, number one is you demonstrate how your background fits the role. Number two is you sit there with a smile on your face instead of being a grump or a grouch and you answer all their questions.
When they say, "So, do you have any questions for us" at the back end, you ask great questions. Then, when they conclude the interview, you put them in a bind and the binder is, "Look, I know it's easy to reject me because you perceive I'm an older worker and I can't get along with the hiring manager. That would be an easy thing to say but my history would countermand that. My history is that at my last 3 firms, I've worked for younger people. I've helped them be successful and I did that when asked because I understand they have their lessons to learn and I'm not here to force myself on anyone. I want to be an ally for the hiring manager and support them with what they're trying to do. So if you're concerned that I'm a big gun going into a little job or I'm an old guy going to work for a younger woman, for example, I've done it before and I'm happy to do it again." That becomes part of the closing speech so that, in this way, you're taking it straight on and putting them in the bind.
Eventually, nothing works all the time. I want to be clear about that. Nothing will work all the time. But what you've done is put them in a bind by calling them on the unasked question. That's an answer that can basically put it on them to push you forward. That's really the best way to do it is to address it head on at the very end of the interview as your last thing, when they are about to stand up and finish up, you look them square in the eye, speak with sincerity from your heart and talk with them about how at your last few firms you've worked for younger management, helped them be effective, haven't forced your ideas on them, how you've been there as a resource for them. From your experiences but you're not there to push your ideas on them.
Now, if they didn't really say, "no, we want you for that," then you got something golden. But your concern is voiced in the question is that young HR guy, not getting to the decision maker, statistical probabilities is the first half of this video is that the facts on this issue and if you want to get past the HR person, I've given you the way to do it.