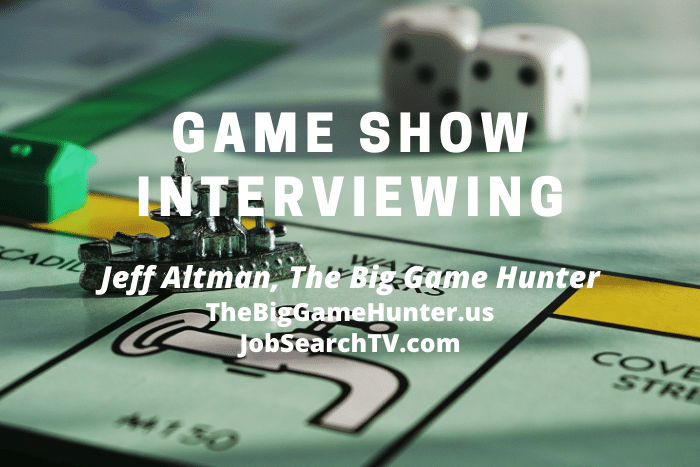 When I was growing up back in the Paleolithic period of commerce in the United States, there was a popular tv show called “College Bowl” hosted by Allen Ludden (you may know him better as Betty White’s husband until he died).

On the show, a team of college students from a particular college competed against a team from another university to see which school won that week. America sat glued in front of the tv to see who won that week.

Before College Bowl, there was another game show, “21,” that had viewers staring at their televisions hanging on every question and answer until it was exposed as a fraud for giving some contestants the questions and answers

That was the thought that came to my mind when a new client called me to talk about their hiring process.

“We keep hiring people who seem to be smart and know a lot but keep failing once they are on board. It doesn’t matter what type of job it is, we are hiring decent people who are disappointing performers.”

“I want you to take a moment and think about your hiring process. What happens?”

“An HR talent acquisition person to do a basic screen and confirm data from their resume plus oral communications skills, then a hiring manager who asks a number of questions relevant to the job, perhaps a person or two from the team, then eventually the person who ultimately runs the function.”

“What is everyone evaluating for”

I will spare you my diatribe about screening for fit; I have written about it before and summarize my opinion by saying companies don’t know how to evaluate for fit; they evaluate for whether everyone seems to like them or if the person reminds them of someone; Hiring for fit involves hiring for likability without using any objective measures of fit. It is a purely subjective assessment criterion that institutionalizes bias.

I digress. Let me return to the subject at hand.

“Ah! You run a game show where contestants have to answer questions in an isolation booth with the tiebreaker being fit.”

“No! No! No! That isn’t how I would describe it. I told you what we do. Why would you describe it that way?

“Because that is really what you are doing. You have a game show where contestants compete for a job based upon their answers to badly worded questions asked by disinterested game show hosts.”

We went back and forth for a while before my client conceded I might be right.

“So what would you recommend instead.”

“Many jobs don’t involve the need to have immediate recall of singular facts or events told in story firm. They require the application of knowledge and the ability to figure out solutions, right?”

“Play with me here. What I want you to do is ask your staff to concoct the most insane problems imaginable; problems that seem to have no logic behind them are perfect problems. I want you to tell people to bring whatever tools and devices they want with them. Give them wifi access or, if you prefer, just give them an office and a computer and ask them to solve the problem in 20 minutes. Remember, the problem has no solution; don’t tell them that, though. You will learn how they problem solves by speaking with them afterward and discussing how they went about solving the problem.”

“What does that accomplish?”

You are currently interviewing and hiring people using a model that isn’t working. If you want more of the same, keep doing what you are doing. But the problem is the model worked in the past when we lived more individually; these are connected times; we are not islands. The ability to intelligently access a network of resources is essential for someone to be effective, not having immediate recall to facts told in story form (NOTE: This skill might be different if we were interviewing for a marketing role where the ability to devise a creative story is more important).

“I want to remind you that you told me that people are making it through your screening processes and quickly revealed as disappointing performers. The damn thing doesn’t work in the connected age. What will work better is to test their ability to ask questions and mobilize resources and support, not just regurgitate a bunch of facts. That’s the model schools teach—sit at your desk, do what you are told, get good grades or else you won’t get into a good college.

“Once people get to college, they are told the same thing and threatened that they won’t get a good job. People have stopped thinking; you want to see how they think and, once they are on board, give them opportunities to think and not just do what they are told.

“Give them problems to solve, tell them they can check in with you for advice but you want them to solve problems, not just do what they are told. Tell them they have to interact with others and, probably negotiate solutions to these differences of opinion.”

“Unless you want to keep a ‘command and control’ operation to your firm and keep telling people how they need to do things, turning them off and driving them to leave.”

“Driving them to leave?”

“Yes, driving them to leave.”

We live in a different time than when most of us grew up. We are connected and networked with the ability to obtain access to any piece of information through Google, LinkedIn, or our relationships. What is the point of testing for memory recall when Google is far better than any of us.

For most jobs, people need to have a grasp of fundamentals plus the ability to access resources and ideas.

The data you are collecting is telling you that your results are ordinary. Try something smarter.

Jeff Altman, The Big Game Hunter is a career and leadership coach who worked as a recruiter for more than 40 years. He is the host of “No BS

Job Search Advice Radio,” the #1 podcast in iTunes for job search with more than 2100 episodes. He also hosts Job Search TV on YouTube, Amazon and Roku, as well as on BingeNetworks.tv for Apple TV and 90+ smart sets.