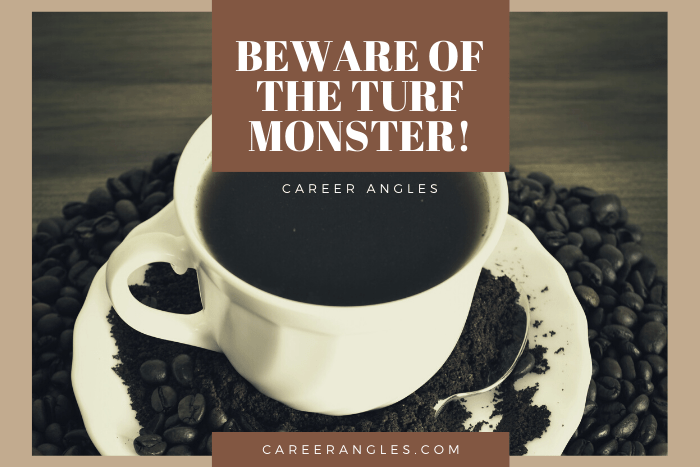 It was the fourth quarter. The Giants were losing. Quarterback Daniel Jones rolled out to the right and suddenly cut upfield. There was no ahead of him. Defenders were pursuing him from behind but he had at least 5 yards on them. It looked like a touchdown would be scored in the Giants would take the lead.

Suddenly, Jones stumbled, fell, and was touched down within the 10-yard line. A touchdown had been averted!

Announcer Troy Aikman, a former quarterback himself who was announcing the game said, “The Turf Monster got Jones!” To translate the meaning of his humor, something unexpected grows up from the turf and tripped him up.

But the turf monster exists everywhere.

S/he exists we make well research proposals that suddenly come back to bite us because of something unanticipated.

It shows up when things change in our best-laid plans are for naught (how many times have you seen the word not in the sentence in the last five years).

The Giants went on to score a touchdown on their way to losing by one point in the last minute of the game. They allow the other team to get the ball went on an important play Jones through a pass that went through the hands of a receiver instead of being caught. He gave the other team an opportunity to get the ball and they went on to score a touchdown and win.

I’ve written before that winners find the way to win and that losers find a way to lose. Teams learn how to close out games when they have the chance is that giving the other team an opportunity to beat them.

Bad teams always find The Turf Monster that trips them up, causes them to make a mistake on an important play in snatch defeat from the jaws of victory.

Looking at your own office, workplace, etc., can you close out a sale, a project, your work in such a way that you win, or do you try to coast to victory at the end, put yourself in the position where The Turf Monster (or as we used to call it in the search business, The Sh*t Bird) cause you to lose?

Don’t put yourself in the position where you are at risk.

Mohammed Ali used to talk about how he would win fights when his skills had started to deteriorate. He spoke about how he tried to win the early part of around and the very end of the round because that created an impression in the judges’ minds that affected their decision.

Don’t put yourself in the position where The Turf Monster and his various relatives can have an effect.