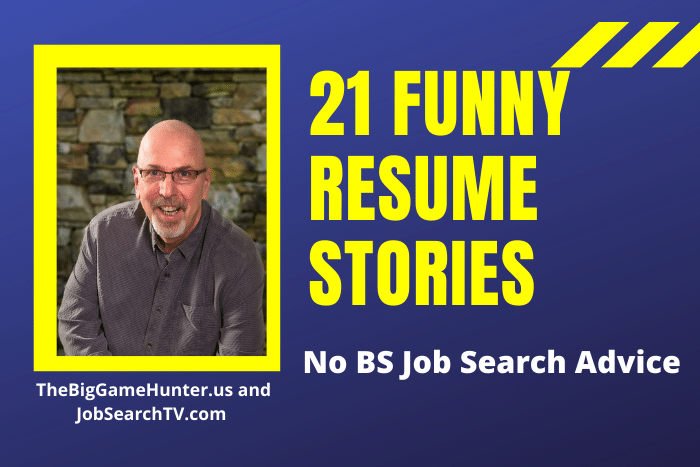 Originally Published on JobMob and Republished with permission

Funny resume stories we can all laugh at.

Digg.com used to be a social bookmarking site with users (“diggers”) known for their funny comments.

When the 150 Funniest Resume Mistakes, Bloopers and Blunders Ever became popular on Digg, 21 diggers had funny resume stories to share.

On your resume, use funny with caution…

i read a resume where the kid misspelled diploma as “dibloma”. now he’s my boss.

I interviewed a kid one time who had worked at Wal-Mart. His resume was just riddled with spelling errors and under Job Title at Wal-Mart he had put, “Night Stalker.” Needless to say he wasn’t hired, but we kept an eye out for him…

Years ago when I worked retail, I saw one resume come through from someone I knew in passing and DID NOT want working for us. I didn’t have to worry when she put down past experience “stalking shelves”. Our shelves were safe since we never hired her.

On a resume sent to me for a graphic designer position a few months ago:

Well, Basically i had my own dept. because i was full-time in the dept. everyone else quit because the sais i was challenging i put the buzzers on the purses stocked them organized the earings/braclets and etc.

I once had someone include a story about a family of ducks that lived in his back yard and how he liked to watch them. The details he went into were beyond creepy.

I used to be a cashier at a restaurant and we got hilarious applications all of the time. The worst had to be one submitted by the least educated person I have ever seen. The application stated she was a middle school drop out, was riddled with spelling and grammar errors, and in the references section, beside each name and under the “Time Known” column she wrote “in the mornings,” “mainly in the evenings,” and “all day” for her three references.

On one of my past resumes, I was lazy and just used a Microsoft Word template. Part of it included an Objective heading and section. I planned to change the objective for each resume I sent out, tailoring it for the job. Anyway, so for the main version, I just entered “EZ $$$$$$$$$$$$$$$$” as the objective, figuring that would be jarring enough for me to change it before printing.

Next day I had a total brain failure, and sent out about four copies before I remembered “EZ $$$$$$$$$$$$” was my objective.

I have a friend who used to register all his pirated software under the pseudonym “Ootag the Drunk.” When he sent his resumes out the fax software he was using attached his registration info at the bottom of each one without telling him. All his resumes said “From Ootag the Drunk” in the footer.

I think he told me he got a job because of that.

I was interviewing cooks for a new restaurant we were opening. I was sitting at a table waiting for a [3:00] appointment to show up when this guy walks in, takes out his wallet and flashes it at me like it’s some kind of badge. He says “I’m the health inspector and I need to speak to the chef!” I looked at him and calmly said “You’re speaking to him.” His face went red and he says… “oh no, I was just joking… I’m actually here for a [3:00] interview. I suppose I just blew my opportunity?” I smiled and told him he was lucky that I had a sense of humor. I wound up hiring him.

Personal: “My family is willing to relocate. However not to New England (too cold) and not to Southern California (earthquakes). Indianapolis or Chicago would be fine. My youngest prefers Orlando’s proximity to Disney World.”

I knew someone who got a very competitive job at Dreamworks after an interview. The thing that got him the interview was his description of his previous starbucks experience on his resume, including “Made, consumed and sold addictive substances to minors and adults”, “Translated confusing customer orders into concrete company jargon”, “routinely served as the face of a multinational corporation to the public”, “Distributed free donuts to all members of the DC police force”, etc. – Sometimes HR people have a sense of humor, and this can be what sets one resume apart from the pile.

Reminds me of a big corporation I used to work at. Years back, the bought & installed a high dollar, cutting edge resume scanner and mamangement system, to handle preliminary steps of resumes that came in from people looking for work there. It cost many thousands, and was touted as the ultimate labor saver. We noticed, though, after a few months, it was having trouble classifying people applying for computer related jobs at the company. Turns out that it was parsing UNIX as an abbreviation for attendace at the University of Nix…it wasn’t properly noting anyone”s UNIX experience.

This one I got a few weeks ago when reviewing internship resumes:

(under list of skills) “I am fluent in the internet.”

No, she did not get the job.

I recently reviewed an application that gave the reasons for being fired from their last two jobs as “frequently on cell phone in front of my boss” and “forgot to attend a mandatory meeting.” I had to fight from laughing in front of him.

A friend worked in Human Resources for a startup company. Back in 2001 some bright spark thought it would be funny and make his resume stand out from the crowd– if he filled it out as if he were a terrorist and listed all the skills with weapons he had. I bet he thought he was hilarious and sure to get the job when he sent it in on Sept 9th. When my friend read it on Sept 10th, it was a little weird, but she shrugged it off. Then on Sept 11th all his jokes and innuendos were suddenly very frightening. But the joke was on that resume guy because she sent the FBI over to his real address listed on the joke resume.

Moral of the story: Companies want to hire workers, not comedians. If you try and get the job through tickling their funny bones, the joke will probably be on you.

I’m a recruiter, and this was on a resume I received in response to an ad I’m running:

Objective: To obtain a position within an organization in which both my fashion and administrative experience can be of great detriment.

my entire office is cracking up.

I once included a handmade clay model of a tech company’s major product, modified so that looked like it was from the stone age. I sent it along with a proposal for a joint venture with my firm. I noted that the incredible pace of change would make today’s model seem like a primitive artifact in a few years.

Got an email from the president of the company, who was worth countless millions. He thought it was the greatest thing. Too bad the JV didn’t work out.

I received a: “consistently contributed to the success and failure of projects” on a resume once 🙂

My favorite ‘bad resume’ was when we were looking for a new information security manager.

He finished out by pointing out that he had a book published on the subject of digital forensics and evidence handling….so, we went to Amazon to check it out.

..and found 2 pages of reviews about how this book was the biggest piece of misinformed, poorly written garbage ever published in the field. We didn’t bring him in for an interview.

Moral of the story. Not all published work is stuff you necessarily want to brag about, especially in technical fields; in retrospect we’d have probably taken him more seriously if we’d found pictures of him downing jello shots in nude on myspace that we did after taking a look at his book. 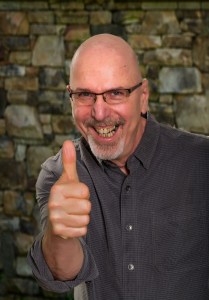