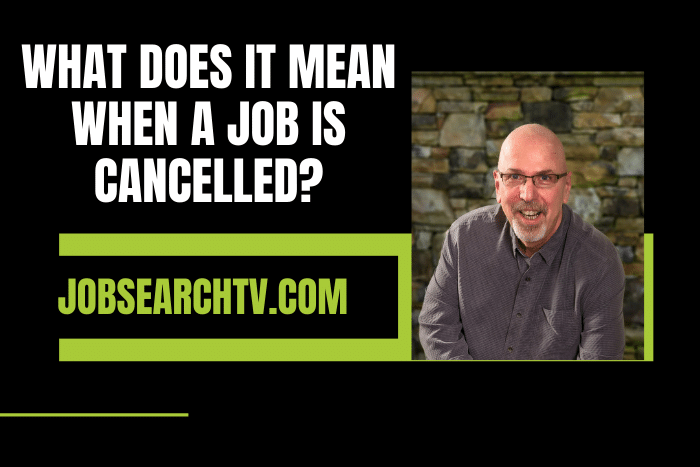 Someone wrote to me with a fairly
detailed question that basically

translates into "what does it mean
when a job is cancelled? Did they hire

someone else? What does it mean? Now, it could literally mean they cancelled the

cuts. You know, they've made a course

in the organization and they're cutting
back. For example, you work for a large

firm, you're in a technology field. They've approved the position to develop

recognize they could be lying to you.
Companies don't always tell the truth

argument with you I'm Jeff Alton hope
you found this helpful

My website is TheBigGameHunter.us. If you go there, go to the blog

there's thousands of posts at this point
more than 8,000 but you can watch listen

or read that will help you. I
also want to mention if you're watching

on YouTube, click the small icon in the
lower right or the picture of me in the

various pages that says SCHEDULE. You can schedule time for a free discovery call where

you have a chance to evaluate me or you
can go right into coaching. I'd love to