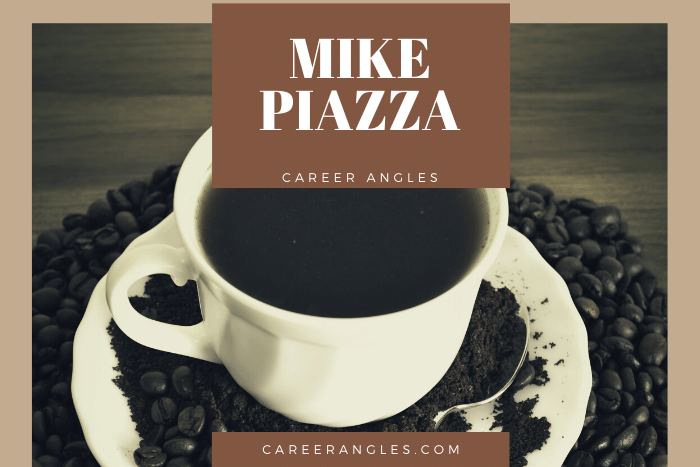 Mike Piazza received ascholarship out of high school to the University of Miami. He decided to leave for a junior college because he wasn’t playing. He admits he was very good.

“I had power in batting practice,” he said. “But in the games, I wasn’t really good.” For those of you who know of his Hall of Fame career, that may seem shocking because he became known as a homerun hitting catcher.

His father grew up with and stayed friends with Tommy Lasorda, the manager of the Dodgers. He asked his father if he could speak to Lasorda about him. Lasorda told his dad that he would draft Mike as a favor because you would always look good on his resume. He could go to another school and because he had been drafted get a chance to play.

Rather than try to go to college route, Piazza decides to play rookie ball, the lowest level in professional baseball for $850 a month. Even then, he was bouncing around because he wasn’t particularly good. He was 19 or 20 years old, had the dream of being a professional baseball player, and thought I should do this now because later on I can always get a job.

He started to train at the gym and put on 15 pounds of muscle. One day, the A ball manager told him, “You’ve been hanging around here long enough. I will put you in.

You got one shot to play and you’re out of here.”

I was a nice way of helping someone with their confidence, wasn’t it?

Piazza thought to himself “What the heck. I’ve got nothing to lose,” and started to relax. He had 29 home runs that season. That winter, he played ball in Mexico against major league baseball players. The next season he progressed from AA baseball to AAA baseball to the major leagues.

“Once you get in that situation and know you can do it, that’s half the battle,” Piazza said.

Let’s review what he did.

He had a dream and followed it.

He was in the process of failing.

The set his sights one level lower (junior college) and did okay.

He used his resources (his father) to get an opportunity (being drafted).

He starts to play and is failing again.

He puts in the work in the gym to improve.

He gets an opportunity to perform and does.

At the end of the season, he continues to work in Mexico, stretching himself against major league baseball players.

Along the way, success builds confidence that he can do this.

Confidence and success feed on themselves and helps him rise through the Dodgers’ system to the major leagues.

While there, he delivered and became a Hall of Fame baseball player.

Can you see where you can adapt this to yourself?

Photo by Tima Miroshnichenko from Pexels