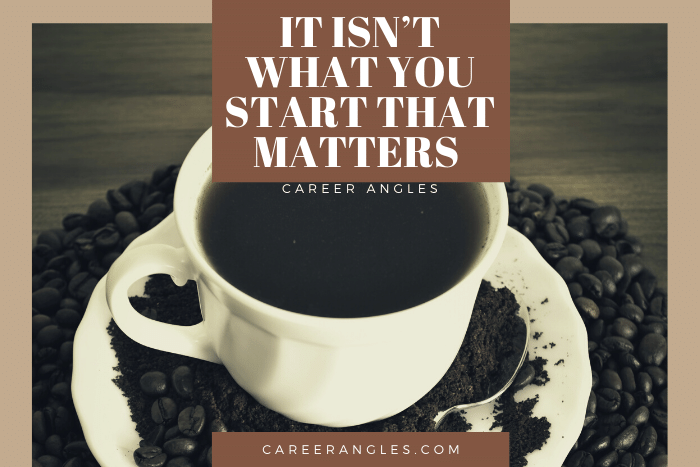 The first time I sat down with the legal pad to write a book ended after about a page and a half. I wasn’t satisfied with what I wrote and never came back to it. I tried again a few years later with the same dismal outcome.

A few years later, someone mentioned to me a coach for writing a book. I remember speaking with a number of my friends about my reluctance to write a check to pay for coaching. One of them asked, “I know you want to do this. If you can’t do it on your own, what’s the problem with hiring someone to help you?”

I sat silent for what felt like a long time and then said, “I keep hearing my mother’s voice saying,’ he’s going to cheat you.’” That was my breakthrough. James worked with me through difficult times to get the book out of me.

We developed an outline together. He was going to record an interview with me based upon the outline that would be the foundation for the book. He called me to start the recording.

“Oh my goodness. Take two weeks off. Let’s pick up then.”

I don’t remember exactly how long it took for the interview to take place but it did. He arranged for it to be transcribed and from there, I was able to expand upon it while he worked on a cover.

Right before he was to be released, I had episodes of excruciating back pain that left me debilitated for more than a month. Between my parents’ death, my busy career as a headhunter, working on the book, and trying to have a semblance of family life, I had been holding a lot of things in.

I bring this up because there is a cultural habit of developing resolutions to begin a year. It is unusual for these resolutions to last a month. If you look up the word resolution in a dictionary, it will be defined as a firm decision to do or not do something. Diet, exercise, and smoking cessation are prime examples of resolutions people make that they struggle to keep.

The issue for most people is that when they make a mistake, they don’t know how to get back on the plan.

Let me help you.

No self-criticism because that isn’t helpful. Neither is self-flagellation. In both cases, people just feel bad.

Just get back on the plan and do it again.

Maybe you didn’t keep your resolution because you got high and it temporarily defeated your desire. Maybe someone just tempted you were you overscheduled yourself or wound up in a situation where you couldn’t figure out how to do it differently.

Just get back on the plan.

Without judgment or self-criticism, figure out how the mistake occurred. Learn from it.

Search Advice Radio,” the #1 podcast in iTunes for job search with more than 2000 episodes, and is a member of The Forbes Coaches Council.

Would you like me to help you with accountability coaching? Please click here to see my schedule and schedule time for coaching.