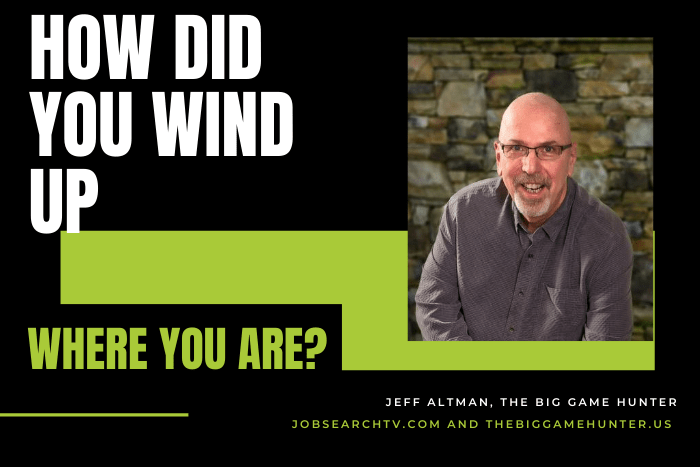 Movie depictions of life often have happy endings. A recent re-watching of the movie, “Creed,” about the born out of wedlock son of Apollo Creed from the “Rocky” movies had one of those magic moments in it.

When pressed for his Simon Sinek “why” for why he will want to fight for the championship title of boxing, young Adonis Creed says he wants to prove, “I am not a mistake.” This is Hollywood. You have to expect things like this.

For so many people, getting on the conveyor belt and being processed turns them into sausage. You get moved along through the manufacturing process, cut up, chopped up, reshaped, and pushed into a tube that is impossible to get out of.

Using a different metaphor, you are composted and reshaped and, because what you want is work, you surrender your power and authority to some institution that is more than happy to take you onboard and reshape you.

I can see this with my son who is at the beginning of the process. 19 years old. Living away from home. Trained in culinary arts. He discovered working in the kitchen for restaurant involved incredibly long hours and that there is often a pervasive culture of drugs and alcohol involved that he didn’t want to be in.

He is in New York. Limited skills and a commodity.

Can you work in an office doing basic office work? Yes. He got a job like that working for someone who wanted him to come to work during the pandemic. Unemployment in New York City is 20%. Not a lot of choices.

At age 19, there are not a lot of opportunities for people to do work that involves thinking. Most of it is about “doing.” He is on the conveyor belt working for a small business and will be on such a conveyor belt until he decides he is ready to go back to school. Then he will jump on a different conveyor belt like many of you have.

Until you’re ready to make the choice to take a risk.

The general manager of the New York Islanders is a man named Lou Lamorillo. He helped the New Jersey Devils as their GM win the Stanley Cup and now is on to another team.

What are you doing?

Tolerating or actively figuring it out?

The conveyor belt never stops. You have to get off of it.

Do you have any plans to?