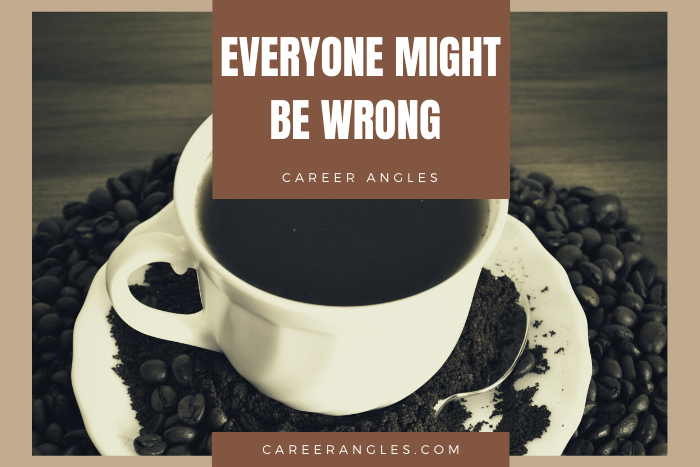 Everyone has an opinion about what to do.

They might be wrong over the short term and rIght over the long-term.

For example, Job Judge was hired as the head coach of the New York Football Giants a little over a year ago. Shortly after that, the pandemic hit in the only way you can meet with his players was over Zoom.

He had never been the head coach before and came from a great organization (New England) but was a special-teams coach. Only one other head coach came from that part of the leadership of the team. He was not a safe hire.

By the time the team was allowed to practice, the Judge had implemented a few rules that struck others as “bizarre motivational techniques.”

For example, if a player made a mistake, he was made to run laps. As one player said, “I haven’t had to do this since middle school).

Two retired players commented that it was “imbecilic” and that “when it ends, it’s going to end badly.”

The Giants were not expected to be a good team last year. They lost their first six games and eventually finished 6–10, good for second place in a terrible division.

Something changed throughout the season. The players fought hard and were competitive in almost all their games. They like playing for the coach and the coaching staff.

This off-season, they have become an attractive destination for free-agent players.

If you believe the players they signed to new contracts, a big part of the reason has been the head coach and his “bizarre motivational techniques.”

On paper, they have improved their team considerably.

Hiring this coach and using his techniques has been working.

The organization has a plan. They are making progress. So far, the critics have been wrong.

The team may not win the Super Bowl with Judge as their head coach.

They may win the Super Bowl with him as the head coach.

The fact is that everyone has opinions about how things should be done.

They are voicing opinions, not facts.

Take what is useful and discard the rest.

Name-calling and mockery may score points on social media but isn’t helpful.

Remember, much of what is said will be proven wrong.

Look for the parts of it that might be right and adapt.

Jeff Altman, The Big Game Hunter is a career and leadership coach who worked as a recruiter for more than 40 years. He is the host of “No BS Job Search Advice Radio,” the #1 podcast in iTunes for job search with more than 2000 episodes. He also hosts Job Search TV on YouTube, Amazon and Roku, as well as on BingeNetworks.tv for Apple TV, and 90+ smart sets.