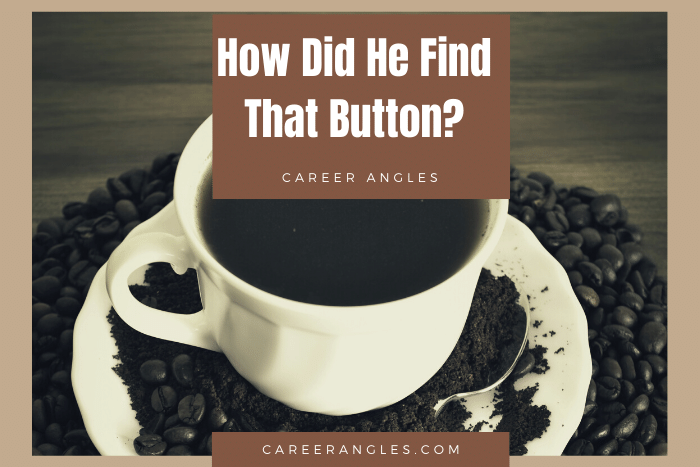 Today’s first session was with a man who fell into an anger trap his mother set for him.

Later in the day, another man felt guilty about considering a return to an abusive professional relationship after they put a carrot in front of him.

Then it happened to me. I was invited by someone to a Zoom call to prep for a group we were running . . . at least that’s what I heard. Instead, it was an MLM pitch, not a prep meeting.

My buttons were pushed, just like they were with the other two.

I thought I had outgrown the “not being seen” stuff from my parents. No sooner did I finish watching the one-minute pitch video (Get paid by having other people pay for services they already use) than I paused, closed my eyes, and decided not to waste another moment of my life being conned.

My button was pushed!

I sent a message in chat to him that I was going to jump off and left.

Although my insides churned for a few minutes, I did something rather than be a victim.

I felt happy because I extracted myself from an uncomfortable situation.

I don’t like being rude and don’t believe rudeness in response to being lied to is right either.

is the host of “No BS Job Search Advice Radio,” the #1 podcast in iTunes for job search with more than 2000 episodes. He also hosts Job Search TV on YouTube, Amazon and Roku, as well as on BingeNetworks.tv for Apple TV and 90+ smartsets.

Photo by Ono Kosuki from Pexels