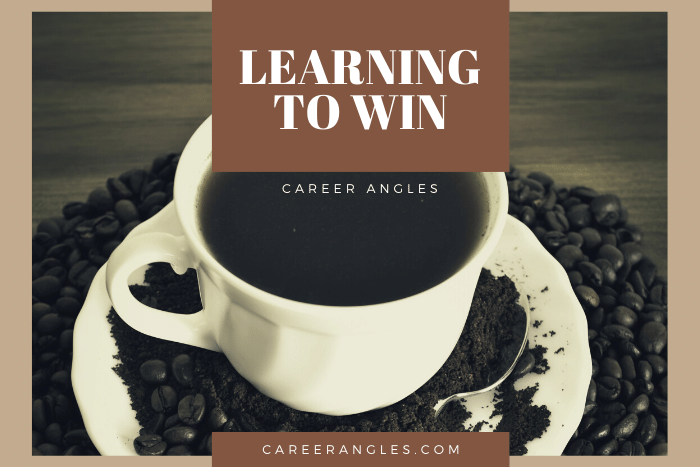 There is a paradox in the biblical story of the Jewish Exodus from Egypt. When you look at the distance between Egypt and Israel, how is it possible for it to take 40 years to get from one country to another?

In the past, I joke that Moses is the first male driver who refused to ask directions. But this way the story is told, G-d did not want anyone who had a memory of slavery in Egypt to enter the Promised Land. It was going to be hard there and no one would be admitted who would say something like, “We had it so much better in slavery!” Thus, they wander the desert for 40 years until the last survivor of slavery among the people died. Moses himself is not permitted into it.

Watch any professional sports team that is trying to rise from being bad to being a champion. They all go through a phase where they lose the close game. The coaches, the general manager, everyone associated with the team understands that these players need to learn how to win.

Now, once in a while, a losing team will be a great team. The great team falls into a trap of believing that they can go into the game and perform without a lot of effort and with “less than best” preparation. They coast when they should crush. They fall into the trap.

The winners have the advantage of possessing the right mentality to know that if they follow the plan they will win.

In the biblical story, the former slaves don’t know that they will never get there. They are set up to fail.

I remember a meeting I walked into when I still did search where an HR professional asked me why it was that one of her hiring managers was spending $2500 per day plus expenses for a foreign consultant who had been with him two years when he could hire someone locally for $125,000.

“Do you think you can find someone so we can get that consultant out,” I was asked.

“I can find someone but they won’t be hired.”

“Why? I’m under a lot of pressure to get that person replaced.”

“The hiring manager is getting a kickback,” I told her. “It’s obvious.”

I wasn’t being a loser and telling her what I did. I was looking at the situation pragmatically and turning my cards face up and folding.

Until you learn to choose the situations where you can engage, have an advantage, and win, you will continue to lose professionally. As long as someone else is controlling you, you are not your own woman or man. You are someone else’s tool. Like the slaves in the Coliseum in ancient Rome, you are sent into combat and have to fight your way out

Until you defeat that doubt in the back of your mind and believe that you can win, you will keep finding a way to lose.

Jeff Altman, The Big Game Hunter is a career and leadership coach who worked as a recruiter for more than 40 years. He is the host of “No BS Job Search Advice Radio,” the #1 podcast in iTunes for job search with more than 2000 episodes,