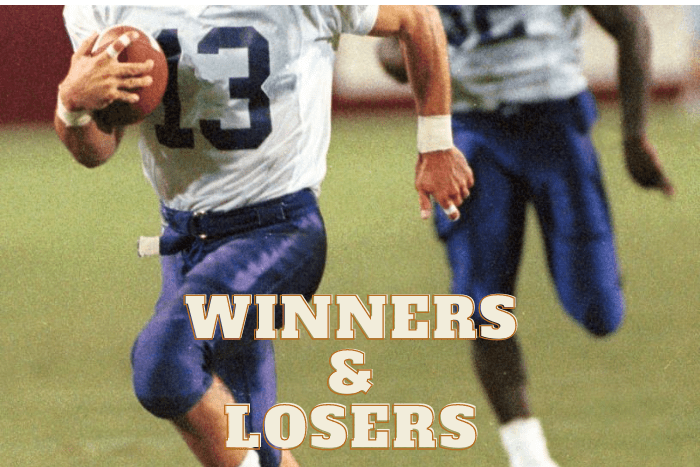 As a New York Giants football fan, I had been fooled by media coverage for years. Every year, the media would come into training camp and proclaim the excellence of one player or another. “This season they would be good,” only for us to be disappointed get again.

There were exceptions during the time that Bill Parcells was their head coach and later, Tom Coughlin. Parcells was a no BS kind of guy and would say simple yet profound things that would communicate what he was thinking.

After one season where columnists would write about how close the Giants were to winning a few of the games they lost, and communicating all those “if only,” comments (if only they kicked that field goal, they would’ve won), Parcells proclaimed, “You are your record.” After all, they didn’t take that field goal and lost. They were 4-12, not 9-7

He nicknamed one player, “Toast,” because he got burned in pass coverage so many times.

But the real thing you started to see after he put his stamp on the team was an attitude. They became tough. In close games, they would find a way to win. The team got better and start to believe in itself.

They had great players but part of the reason they were great players was that they worked in systems that allowed them to be great and were coached that way, too.

You have to make a play.

Just because you won last week doesn’t guarantee that you will win this week.

You look at the schedule and see a bad team on it and decide that you can put this game in the win column. But when you become a good team, bad teams try harder to knock you off. You ease up and they play harder. The game is a trap on the schedule unless you step up.

Never let a bad team hang around in a close game because they might get lucky and knock you off.

That belief in themselves becomes an advantage and an earned privilege over time.

Although the referees are supposed to call the game in an evenhanded way, the calls almost always go the way of the good team.

I remember sitting in a workshop many years ago where a man spoke to the facilitator about his relationship with his girlfriend at the time. After telling a pretty typical story, the facilitator asked him how committed he was to being his best with her.

“I’d say about half the time,” he replied.

Most people operated 50% of capacity at work and wonder why they don’t get 100% of the results. 50% is mediocre. It’s not the behavior of a champion.

You have to play fast (instinctive) and smart. That requires effort maximized.

What would it take for you to be great?