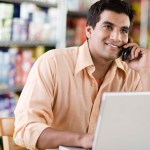 EP 1729 The easy answer is not the right one for you. Here I encourage you to look at your part in this.

I love this question!!

What is your biggest reservation when working with a recruiter during your job search?

The answer that people are fishing for is, often, the one about how recruiters lie to them. “You can trust the recruiter! All they are all flesh peddlers and, you know, it's awful! They are terrible human beings. They just care about the money. They don't care about me. It's awful working with recruiters!”

Don't get me wrong. Recruiters are there to fill jobs. They are not there to “place you,” be a therapist, be your social worker, do all the things that are inferred by this, other than not lie.

But the nonsense that people buy into is ridiculous. Let me just explain why.

It is as though people suspend their thought process and give their power away to recruiters and recruiters are taking advantage of them. Terrible! Do you do that with any other stranger that you meet? Seriously, when you meet a car salesman, do you suddenly say who I'm not going to negotiate. I'm going to discuss whatever the car salesman says, “Oooh! I’m not going to negotiate. I am going to trust whatever the car salesman says.” Of course, not.

The same thing exists with a recruiter because recruiters work for companies. They are there to deliver a person who fills a job into that job and, ideally, (and this was funny in one of the answers I read to the question that suggested that they’re trying to get you for the least amount of money. Maybe that's true in the temp world or in the consulting world because they are trying to increase the margin). So, if they get you this level, your margin may be this but if they get you this other level, there may be a lot more margin, right? They make more money. That part is absolutely true in the temp world.

In the full-time world, their goal is to get as much money as possible so that they earn a bigger fee because their fee is predicated on a percentage of salary that you receive. So, I'm always puzzled by that part of it except in the temp world.

Overall, the biggest problem, your biggest reservation should be that you suspend critical thinking and over trust people who don't deserve your trust, that you suspend your own cognitive abilities to decide what's right for you and, thus, you blame other people for that.

That's not their full. They are doing their job, which is filling positions. You are not doing your job which is looking out for your interests and that's where the biggest problem actually is.

Jeff Altman, The Big Game Hunter is a career and leadership coach who worked as a recruiter for what more than 40 years. He is the host of “No BS Job Search Advice Radio,” the #1 podcast in iTunes for job search with more than 1100 episodes, “Job Search Radio,” “and his newest show, “No BS Coaching Advice” and is a member of The Forbes Coaches Council.