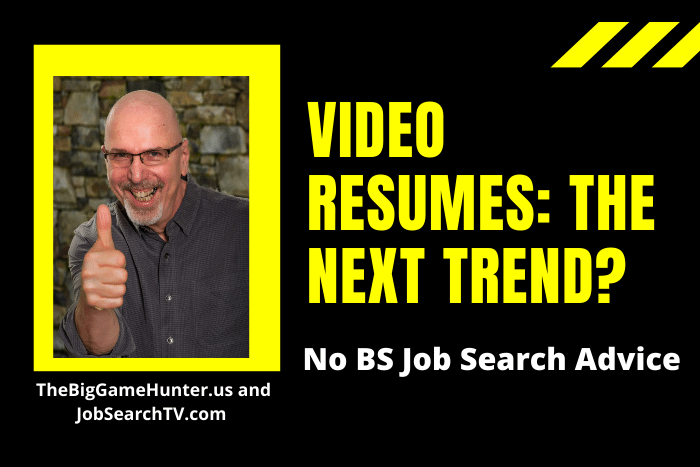 in Sparked by a story of a trainee for a Wall Street job, Aleksey Vayner, who sent a video resume called “Impossible is Nothing” that resulted in howls of laughter, ridicule, condemnation (and a prominent position on YouTube).

According to Wikipedia, “Aleksey Vayner is a Yale student who became known after sending an 11­page resumé accompanied with a video in which he discusses his philosophy on success and shows off his physical prowess to various Wall Street firms.”

In his written resumé, Vayner claims that he: “runs a charitable organization, is the CEO of an investment firm and has written a book about the Holocaust, among other things.” Independent research has shown many of these claims to be false. His book was at least partially plagiarized, his investment firm’s website lists a non­existent address and the charitable organization is using an unauthorized Charity Navigator logo.

Putting aside the “errors” in his resume and watching the video, it proves the point I made to the reporter:

Very few people perform well in fr and ont of a camera. Very few people choose skillful enough interviewers to make them look good. Vayner’s video, including shots of him playing tennis, skiing, lifting weights, dancing, and breaking bricks with him speaking over the scenes is symptomatic of how this form fails.

Now, for some fields—acting is the obvious example that comes to mind ­­the idea of an audition tape is considered normal and acceptable. But for almost all other occupations, it fails. Plus it exposes you to the impact of bias in the workplace.

For example, for older workers who have learned to disguise age in a resume through the absence of dates and deleting early job history, the video resume exposes you to age­ism. For the foreign-born jobseeker, it may expose your limitations in oral communications before a company has had a chance to see your real knowledge and get a sense of your ability. For the minority jobseeker, it becomes another way racism can be rationalized.

So if you get an e­mail solicitation to do a video for your job search, or if you have a well­meaning friend who suggests this cool idea – run.

Most of you are just not capable of doing a good enough job to get the result that you want and, like Vayner, will embarrass yourself.