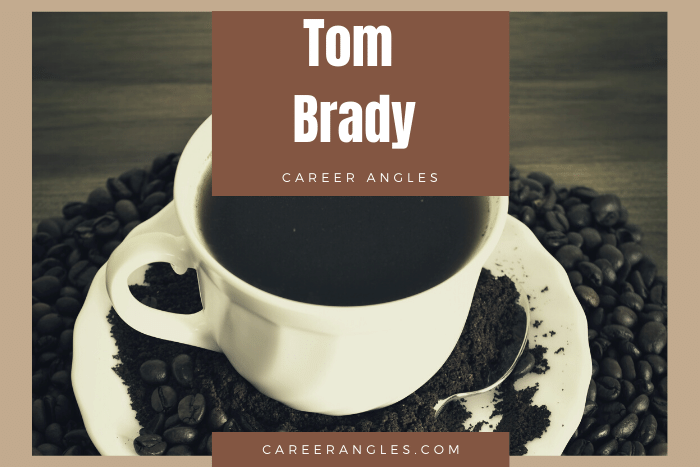 When Brady tried out for the University of Michigan football team, he was seventh on the depth chart. The likelihood of him ever playing was less than slim or none.

Drafted in the sixth round by the New England Patriots, he was as likely to play as I was. Sixth-round draft picks rarely get on the field.

No, this is not an article about perseverance. It’s a story about how, as an employee of the firm, he made sacrifices and career decisions that benefited him.

For most of his career, despite all the success that he had with the Patriots, he was nowhere near the highest-paid quarterback in football despite leading the team to so many Super Bowl victories. Instead, he agreed to accept less money to have a quality roster of players around him that would help the team win.

Eventually, he caught wind of a plan to replace him as the quarterback and persuaded the team’s owner to eliminate him through trade as his competition. He used his power to protect himself.

The team continued to win, but as Brady became older, eventually, they were not as good as they once were. Part of that was Brady himself. Part of that was the cast of players around him. At the end of his contract, he understood that the head coach wanted to replace him, and he had had enough of working for that coach.

He went to work for another team, paid closer to market value than he made previously (in a zero-state income tax state where the weather was certainly warmer than New England), and started to draw players from other teams to him. He now had the tools to win.

Brady made career choices that served him.

He both worked to remain at the top of his game by working incessantly and changed his diet to improve his health and effectiveness. His mindset of determination infected his new team, helping them to believe that they could win even though they had not done so for years. After all, they now had Brady, and he was a difference-maker.

He created an environment around him to help them be more successful by attracting players to the organization with whom he had previous experience, like Rob Gronkowski and Antonio Brown.

The team was already good, but the offense had a problem. Brady was there to fix it. However, they started slowly because he was not a perfect fit for their existing offensive system.

In cooperation with a coach, they made a midseason correction and went on a winning streak that took them through a Super Bowl win. He no longer had the big arm that he once did but showed it often enough it other teams knew he would try to go downfield on them.

The offense became geared toward running the ball, and short passing plays with Brady managing it. The midseason course correction came as a result of meetings with his head coach, and they hammered out a slightly different offense that would maximize his abilities as a 43-year-old.

But this is a story about Brady and how he made a career decision to leave the New England Patriots where he no longer felt wanted and went to a new organization to start over.

People often cling to their past with a particular romantic eye toward what was and wanting you to continue even though things are turning to crap.

Sometimes, like Brady, you have to break with your past and move to your future.

As his new head coach, Bruce Arians, says, “No risk it, no biscuit.”