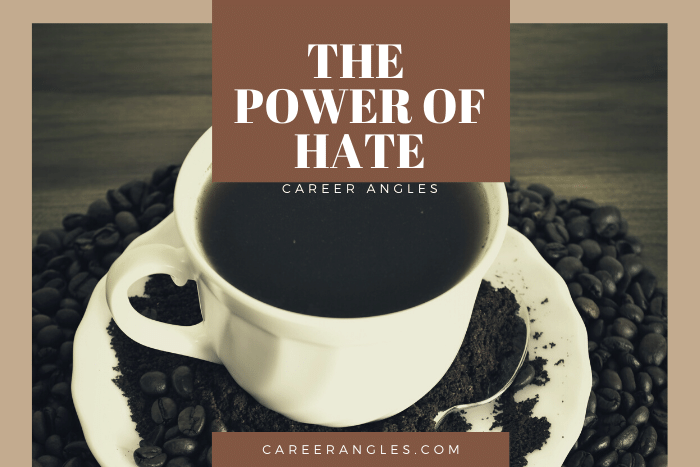 Many years ago, I read a book called, “The True Believer,” by Eric Hoffer. Hoffer was a learned man without credentials and in this book wrote about the nature of mass movements.

Using the example of Hitler, he spoke about the importance of having an enemy when creating movements.

“Hatred is the most accessible and comprehensive of all the unifying agents. Mass movements can rise and spread without belief in a god, but never without a belief in a devil.”

“Scratch an intellectual, and you find a would-be aristocrat who loathes the sight, the sound and the smell of common folk.”

If we look at the last four years of the United States (and perhaps before it), as a nation, our politicians are trying to motivate us through hate, rather than through ideas.

The power of that emotion, hatred, can be pointed out by voting numbers. Pres.-elect Joseph Biden received more votes than Pres. Obama did in either of his collections to office. That’s how powerful the hatred of Pres. Trump was.

Pure hatred expressed over time is convincing. The repetition of lies and hatred convinces people of their truth.

In the workplace, colleagues tell lies and express vile thoughts about coworkers.

They repeat the lies as truth.

The lies spread like a virus creating contempt (and worse) wherever they land.

Some show wisdom and attempt to deflect the stories with probative questions designed to flush out the ignorance of the storyteller.

The power of the hatred is how the question becomes overwhelmed by a momentum created through the repeating of the lies, the stories, the half-truths, the fictions.

Once an organization is seeded with these thoughts, the cancer repeats itself until it is rooted out.

“The enemy—the indispensible devil of every mass movement—is omnipresent. He plots both outside and inside the ranks of the faithful. It is his voice that speaks through the mouth of the dissenter, and the deviationists are his stooges. If anything goes wrong within the movement, it is his doing. It is the sacred duty of the true believer to be suspicious. He must be constantly on the lookout for saboteurs, spies and traitors.”

Tolerance for difference disappears in the face of true believers.

Before spreading half-truths as gospel, slow down lest you become another provocateur undermining an organization.

What you say may be partially correct but, missing context, they are disease upon a host the needs to be confronted immediately rather than allow a habit of infection to spread.

“A man is likely to mind his own business when it is worth minding. When it is not, he takes his mind off his own meaningless affairs by minding other people’s business.”

“This minding of other people’s business expresses itself in gossip, snooping and meddling, and also in feverish interest in communal, national, and racial affairs. In running away from ourselves we either fall on our neighbor’s shoulder or fly at his throat.”