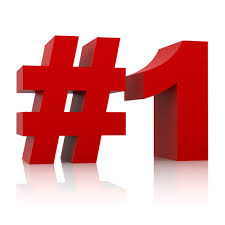 In American professional football, when one team has a lead late in the first half or late in the game, it is common for that team to go into what is called “a prevent defense” designed to prevent a big pass down the field that gives their opponent an easy touchdown.

As every football fan knows, the prevent defense may not give up the big play but their opponent will take what is given to them (shorter passes and sometimes runs) and move down the field and score despite the intention to prevent a score.

Other sports carry similar philosophies and so does business.

In business, in hiring, even in changing jobs, the first rule is “Don’t screw up. Don’t make a mistake.”

These two fundamental flaws to the argument are often overlooked by business with horrible consequences.

I think of the story of Bill Gates waking up one day and announcing suddenly that Microsoft was making a huge mistake by solely focusing on the desktop and starting to shift that big boat toward the Internet.

Microsoft wanted to protect its enormously profitable business of software sales and ran into a buzz saw of The Justice Department and its antitrust case and, the bigger buzz saw of the internet and its capacity to disrupt by reducing costs down to almost zero.

So in its effort to not screw up it almost lost everything.

In sports, “playing not to lose” often snatches defeat from the jaws of victory by inhibiting the very skill and effort that caused a team to take a sizable lead but ultimately lose because they decided to try not to lose rather than continue to overwhelm their opponent.

Now don’t get me wrong. I do believe with complying with all laws that a firm or individual must comply with. But trying to avoid a mistake is not one of them, especially when coupled with its brother or sister-in-arms, CYA, blaming everyone but yourself for mistakes.

When hiring staff, how often have you or seen your firm make what seems like “the safe hire” rather than the one that has the biggest upside?

How often has the fear of losing a few dollars or hiring someone who might embarrass you as a manager (or otherwise “screw up”) left you paralyzed by the first rule (don’t screw up) fearing failure to the point that work output is mediocre and firm wide profitability is adversely affected?

Have you ever asked yourself, “Why did we ever hire (he/she)?

Have you encouraged yourself to make a safe choice, rather than take a risk with enormous upside even if the result was to hire a mediocre choice?

Have you ever made a job offer to someone who you didn’t really want to because your boss preferred them and you were afraid?

How’s all this working for you and your firm?

The great trainer, Zig Ziglar used to say, “The good buy seldom is.”

Well, the safe hire rarely becomes the exceptional employee and the manager who succumbs to safety over the potential for greatness rarely rises above their rank with that firm.

Elon Musk, a co-founder of PayPal and Tesla Motors and founder of SpaceX shared that, “When I started SpaceX, dedicated to reducing the cost and increasing the reliability of space missions, I’d never been involved in designing anything and had no experience in the aerospace industry. I even ended up pouring in most of the capital from the sale of PayPal. (SpaceX’s annual revenue is now over $100 million. In December 2008, SpaceX won a $1.6 billion contract with NASA to re-supply the International Space Station, an international research facility.)

Winners find the way to win and losers have great explanations for why they didn’t. Focus on success and not CYA.