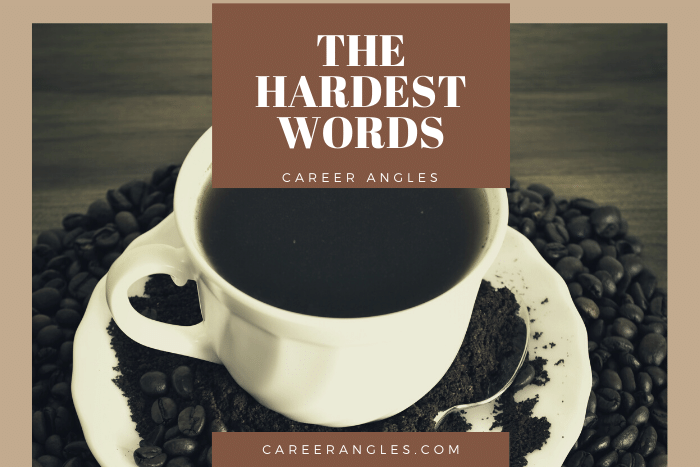 So often, the hardest words we have to say are in short sentences of three.

Like when you are on an interview, asked a question, and can’t bring yourself to say, “I don’t know,” and make up an answer. I know I’ve done this one!

Or the time you look in someone’s eyes and can’t bring yourself to say, “I love you,” and instead say something goofy like, “I have strong feelings for you.” I know I’ve done that one!

Or the time you made a decision that didn’t work out and explain why it didn’t instead of saying, “I was wrong.” I’ve done this one, too.

We were trained to believe our job is to be the smartest one in a room when our job is leading people.

Sometimes, it is easier to do something than to say something.

Actions are better than words, but only if they are noticed and understood.

There was a funny episode of Seinfeld where George put money in a tip jar, and when no one noticed, he reached into it to take it back out to put it more noticeably and was caught with his hand in the tip jar as though he was stealing money.

Not a good look.

Actions are often incongruent with words, such as saying, “I love you,” and doing unloving things.

As in the example of saying “I was wrong,” and then doing it again.

As an example of being a “know it all,” again, instead of admitting that you don’t know something.

Habits are strong things to break. Change starts with courage, something we are in short supply of.

The hardest words must be coupled with the hardest actions.

If they are said once, it is a start. That’s a good thing!

People notice when you slip back to the old behavior and revert to feelings of discouragement and dismay.