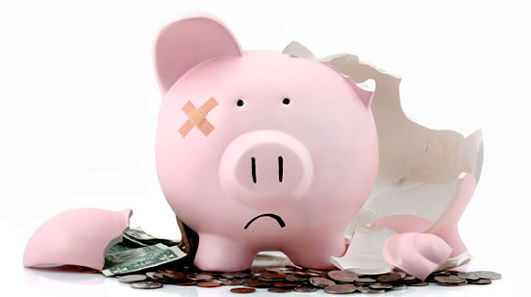 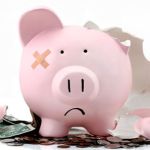 EP 1020 These are pretty dumb mistakes!

I stumbled into this article from Forbes that I thought was hysterical that talked about a number of mistakes job hunters make. I'm using these examples from them. Give full credit tp Forbes. They are very funny.

1. A job applicant hugged the president of the company. It's like you're having a good moment in the interview and you give him a hug.

3. Someone said he had to quit a banking position because he was always tempted to steal. Unbelievable!

4. A candidate emptied the employer's candy dish into her pocket.

5. Someone called in sick to her current employer while on the interview, faking her illness. What people do sometimes!

6. Someone said that they would do whatever it takes to do the job, legal or not.

7. Someone called their wife during the interview to see what they will be having for dinner. You're in an interview, you pick up the phone and find out what's for dinner.

8. Someone said he wouldn't want the job if he had to work a lot.

9. Someone asked if they could postpone the start date so she can still get holiday gifts from vendors in her current job. Couldn't you have said this 1 more discreetly?

10. Someone would not answer a question, they were asked because he thought they would steal his idea and not hire him.

11. Some of the night having a cell phone with them even though it could be heard ringing in their briefcase.

12. A person asked to be paid under the table.

13. The candidate reached over and put their hand on the interviewer's knees. The obvious offensive behavior is a man doing it to a woman that I know of too many instances where a woman does it to a man. The more egregious one is a man reaching out to a woman.

Folks, be smart. There is a lot to learn about interviewing. As a job hunter, most of you act as amateurs.

When push comes to shove, learn more about job hunting. Don't go to interviews and conduct yourself like a rank beginner. The way to do it is to learn more about interviewing. You can do that at a site like JobSearchCoachingHQ.com and practice. Practice your answers to questions, get feedback from someone else… I want to be clear, when I say practice, the words have to come out of your mouth. You can't just think the answer, like so many people do.

Without the words coming out of your mouth as you present them to a potential employer, you are not really learning anything. It's like going to a Toastmasters meeting and watching other speakers and thinking that's enough to become a great speaker. Or watching candidates give a speech at a convention and thinking that you can run for president. There is more than being a voyageur. You have to actually do it in order to in order to be effective.

I say that because the skills needed to find a job are different than those needed to do a job. If you are just watching and not practicing, you're going to make dumb mistakes like the ones I've mentioned from Forbes.

Jeff Altman, The Big Game Hunter is a coach who worked as a recruiter for what seems like one hundred years. His work involves career coaching, all as well as executive job search coaching and life coaching. He is the host of “No BS Job Search Advice Radio,” the #1 podcast in iTunes for job search with more than 1000 episodes,“ Job Search Radio,” “and his newest show, “No BS Coaching Advice” and is a member of The Forbes Coaches Council.

Are you interested in 1:1 coaching, interview coaching, advice about networking more effectively, how to negotiate your offer or leadership coaching? Visit www.TheBigGameHunter.us and click the relevant tab on the top of the page.

Join and attend my classes on Skillshare