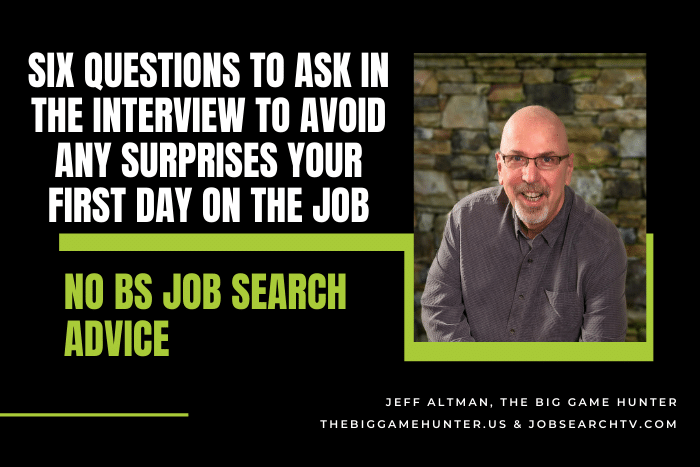 Marty was a hiring manager I coached who left to join a new firm. Not long after he started, he called me sounding like he was ready to cry.

“I made a terrible mistake taking this job. I took over a program for my firm and didn’t know that at the time I took it over, 80% of the money budgeted had already been spent, but only 20% of the work had been completed. The guy who previously headed it quit and is heading elsewhere.”

Too often, when people start new jobs, they ask their new boss or manager little more than “Tell me about the job” in the interview. As a result, a new hire is walking in blind to the expectations of their new boss has.

Instead, here are a few questions you should ask in order to get a better feel for your potential new role.

Start by getting right down to the point. What will you actually be doing once you join and how will they measure your success? This allows you to have certainty when you are being reviewed that you hit the mark.

2. ‘What was my predecessor in the role like? What did they do well? What could they have done differently?’

This will tell you if they were promoted or transferred. Otherwise, you can assume they left for a better job. What’s really important is what they did well so that you can keep doing it, and what they didn’t do well, so you can avoid doing it.

3. ‘What would your (users, customers) say about the performance of the (group, team, department)?’ 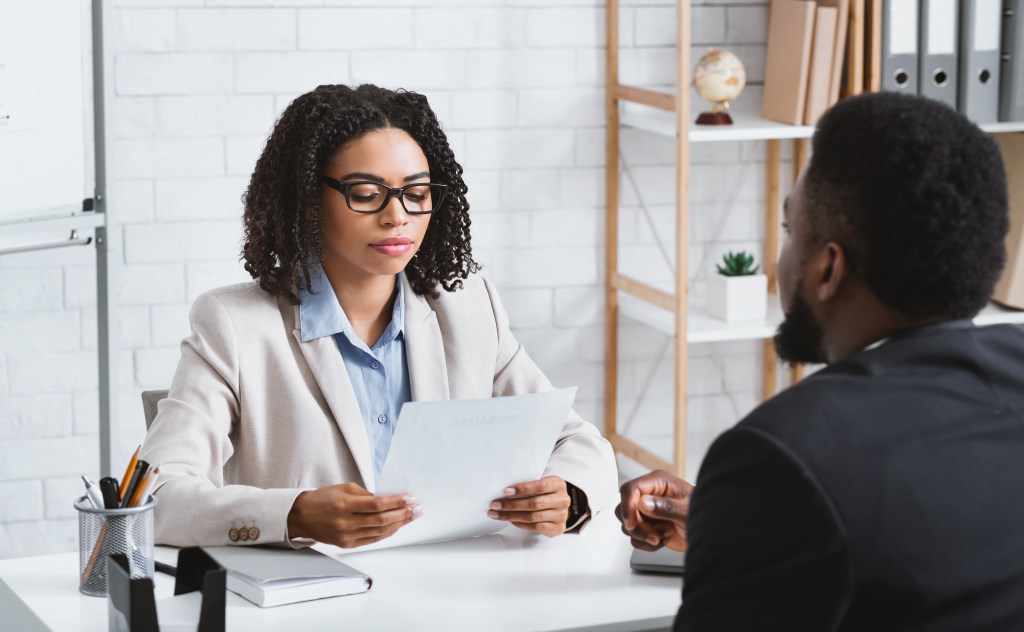 This is a slightly different question than the one you previously asked. It is a test of how the group is perceived, not your predecessor. Your predecessor may have created “bad press” about their team prior to their departure or transfer. They may have created great press about them. Knowing how they are seen will tell you a lot about the brush you will be painted with.

4. ‘Let’s say it’s a year after I’ve joined and it’s time to give me my first review. I haven’t just done a good job. I have exceeded expectations and am seen as a great hire on your part. What would I have accomplished that would make you think that?’

As you sit there with a smile listening, sometimes you may hear something that surprises you: the unrealistic expectations of a manager or leader who is putting you in a position that is hard to be successful in. It is far better to know these expectations before you join than uncover them after you join.

If you will be managing or leading a group, division or business unit, consider asking:

5. ‘What will my team be like? Who are the strong players? What do you sense are the deficiencies in the group?’

I recently coached a manager who was taking over a team that had been managed by a staffer for the better part of a year, while their former manager transferred elsewhere. He was taking over a group where the interim head might be judgmental of him, and the group was not used to professional management. Being aware of that scenario allowed my client and I to prepare for a few of the problems that eventually surfaced.

6. ‘Who on the team will need to be motivated? Who is already inspired?’

Most people, including the person you’re asking, will think these words are synonymous. Assuming the rest of your interview goes well, defining the difference in the words will make you stand out from the others they interview. Former Fortune 100 CEO and executive coach Dr. Lance Secretan describes motivation as lighting a fire underneath someone. Inspiration is lighting a fire within someone. Often, people who require motivation have given up. Go on to talk about how during interviews, you try to find people who are inspired because they have that drive and fire within them, rather than those who require motivation.

Stepping into an opportunity and understanding what success looks like in your new role and organization requires leaders who are clear about who they want and expect and a team that has not been insurmountably damaged by institutional defects — so much so that they cannot be saved. In addition, knowing where the friction is to success helps you learn where the resistance will be.