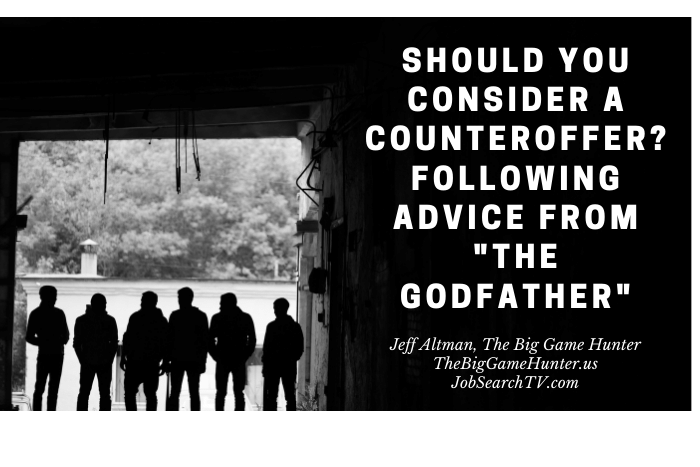 On any given Friday afternoon, bosses around the world are going through mental calculations when they hear you say, “Can I see you for a minute.”

I remember hearing the question when Ford came to me at [2:30] that day (you never forget your first time). He was not a stellar performer and had disappeared for a 4-hour lunch only two days before without giving us the courtesy of a phone call. Thus, I was not surprised when he asked to speak with me. He was obviously looking for a job.

The question I was now faced with was how to respond to what was coming. Ford awkwardly explained his decision to leave and the opportunity he received from a new firm in a new field. He was taking a job outside of recruiting. I decided there was nothing to wish him good luck. How could I extend a counteroffer to someone who had decided to leave the work he was doing?

For years, it has been agency gospel to reach into a desk drawer or email an article written by Paul Hawkinson called, “The Road to Ruin,” that discourages people from taking a counteroffer.

The article points out

Now some of the points may have some validity. Your loyalty may be suspect . . . for a while. But are they really a stall tactic to replace you? Unlikely. But the last bullet point is ridiculous . . . well-managed companies DO make counteroffers. But should you consider one? 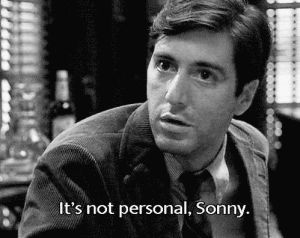 After Don Vito Corleone (Marlon Brando) is shot in Little Italy, young Michael (Al Pacino) saved his father from being whacked at the hospital he was recuperating in, having his jaw broken in the process by a crooked police captain. At a meeting with the various capos of the Corleone family, Michael suggests that Sonny (James Caan) agree to a meeting with the thug who orchestrated the hit and that he would be willing to kill Sollozo and the police captain.

“Hey, whattaya gonna do, nice college boy, eh? Didn’t want to get mixed up in the family business, huh? Now you wanna gun down a police captain, why, because he slapped you in the face a little bit? Hah@ What do you think this is the Army where you shoot’em a mile away? You’ve gotta get up close like this and bada-bing! You blow their brains all over your nice Ivy League suit.”

Michael makes his persuasive argument that he can do it, concluding with a look of death and words said with steel.

Making decisions for personal/emotional reasons, rather than from a place of calculating cost/ benefit is silly.

There are a lot of things we can put behind us if we are paid enough or if previous circumstances have changed.

After all, haven’t you argued with your wife, husband, partner, father, mother, son, daughter, friend or others and gotten over it?

Of course, you have!

The questions you need to ask yourself are

Why Did I Look for a Job?

What is Going to Be Different?

Preparing Michael for what will be the inevitable attempt to kill him about Barzini, the head of another family, Don Vito has great advice couched in a sexist statement.

“It’s an old habit. I spent my whole life trying not to be careless—women and children can be careless, but not men.”

Applying this statement to a counteroffer, you need to go over the changes being proposed to you and whether they are enough.

Let’s say, they match the $10,000 raise. Is that enough? After all, if they had to hire a replacement for you, they might have to spend $20 – $75000 or more to replace you based upon your salary level (Obviously for executive positions, the numbers used would be higher). Why only settle for $10000.

Will you be doing the same job for the same manager who has gotten under your skin? What will be different between the two of you? Is that enough?

What about the work?

What about that co-worker who has been grabbing credit for your ideas?

What will change about your circumstances? Are these enough for you? Can you negotiate additional changes? 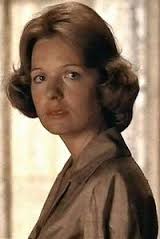 Over time, Michael’s sociopathic nature emerges and the lies in the relationship with his wife Kay (Diane Keaton) become more profound. She realizes that she can’t lie to herself anymore about who Michael really is and decides to leave him.

Your boss may not be a sociopath, your work may not be so terrible, but statistics say that you will leave within the next 24 months after deciding to stay.

Going into the discussion with open your eyes wide open is preferable to deluding yourself.

Whatever your decision, I hope it works out for you.