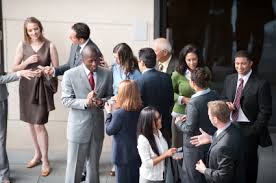 EP 1155 Jeff Altman, The Big Game Hunter shares a discussion he had with someone can supplies it to job hunting for both college grads and experienced professionals.

The same is true of you adults out there who go, “Oh! They’d never talk to made.” Well, maybe they would. Maybe they wouldn't. That you have already decided for them that that will not talk to you. It's kind of like, in interviewing, there is a video that I did a while back. I say this in many of the preparation calls that I do for with people. I will say that there two dirty words in interviewing.

The 1st dirty word is “only.” As in, “I have only done this,” or “I have only done that.” The 2nd dirty word is , “light.”. An example is, “I have light experience with . . . “ whatever it is they are asking about. By using those to words and never saying anything more, all that you done is say to the interviewer, “I don't have any confidence in my ability to answer questions on this subject. Would you want to something else?”

Instead, I tell people tell them what you know what you've done. If that is sufficient, great! If it isn’t, that's okay, too, but you made it clear for them about what you can do.

In interviewing, whether you are a student or you are an adult, whether you are networking to try 2 get into an organization that you're interested in all or moving to a career that you want to move into, at the end of the day, what's most important is not the attitude that says, “Oh! They would never to me.” That's the loser’s attitude. Go for the winners attitude of trying. After all, to use a sports metaphor here, the quarterback in Seattle, Russell Wilson, was too small, went to a school that wasn't good enough and all the statistics were wrong. He was able to come out as a rookie, almost get to the Super Bowl, in his 2nd season get the Super Bowl, in his 3rd season, is one play away from winning his 2nd Super Bowl. You try and you'll learn what you need to in order to excel, but don't prejudge and don't set your own constraints.

Jeff Altman, The Big Game Hunter is a career and leadership coach who worked as a recruiter for what more than 40 years. He is the host of “No BS Job Search Advice Radio,” the #1 podcast in iTunes for job search with more than 1100 episodes, “Job Search Radio,” “and his newest show, “No BS Coaching Advice” and is a member of The Forbes Coaches Council.

Are you interested in 1:1 coaching, interview coaching, advice about networking more effectively, how to negotiate your offer or leadership coaching? Connect with me on LinkedIn. Then message me to schedule an initial complementary session. 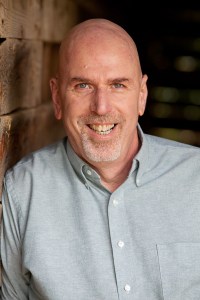