“When one door closes, another opens; but we often look so long and so regretfully upon the closed door that we do not see the one which has opened for us.” – Alexander Graham Bell

I wrote an article for my website that I also published on LinkedIn that spoke to job hunters about how they often incorrectly blame self-sabotage as a cause of their failures. I want to extend my thinking here to include entrepreneurs, freelancers, self-employed individuals and others who are leaders and complain to themselves about how they sabotage themselves at critical junctures.

When I spoke to job hunters, I pointed out that so much of what is referred to as self-sabotage comes from lack of preparedness. They forget that the skills needed to find a job are different but complement those needed to do a job. This their ignorance of how to job hunt, write a quality resume, brand and market themselves, interview and negotiate are often indicative of that and not of self-sabotage. It is the fact that they don’t know what needs to be done in an environment where all information is almost every piece of information is available that comes back to haunt them that dooms them to failure.

However, for entrepreneurs, freelancers, self-employed people and other business leaders what often happens is a little different. It all starts with the courage to step out of their comfort zone and do something they have never done before.

You are someone who is willing to try, rather than accept the role you are in now and, if you are like most entrepreneurs I know, you are willing to take a chance having thought it out, lost sleep, asked for advice and the opinions of those close to you before having this misstep. You courageously took a chance and it didn’t work. Now your thoughts punish you for being “incompetent,” “stupid,” “foolish and worse.

This is not evidence of “self-sabotage” or some “psychological defect.” It doesn’t make you “a choker,” “a loser” or “a failure.” Instead, it makes you someone who tried and who would not accept the status quo in your life and/or business.

We watch athletes who fail in the big game or the big match and return the following year to win. How did they do that.

This brings me back to self-sabotage. For you who are self-employed, freelancing, entrepreneurs and leading small businesses. You usually are not engaged in this “deep psychological drive to subvert your success. You are learning more about what you need to know in order to be successful.

Winners find the way to win. They battle back from individual defeats to see them as opportunities to learn, practice getting better and winning. It is not lack of talent or self-sabotage that causes their defeats. It is inexperience that does. 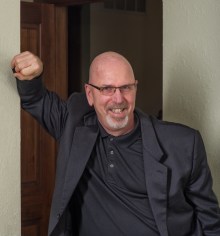 Follow him at The Big Game Hunter, Inc. on LinkedIn for more articles, videos and podcasts than what are offered here and jobs he is recruiting for.

For more No BS Coaching Advice & encouragement, visit my website.

Interested in 1 on 1 coaching? Email me at JeffAltman@TheBigGameHunter.us and put the word, “Coaching” in the subject line.