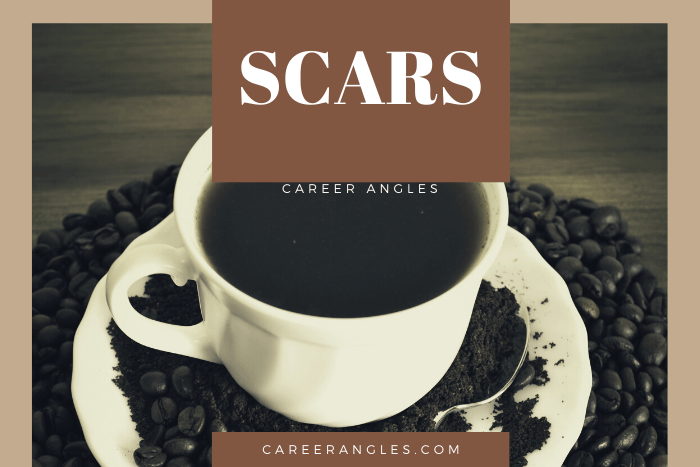 The people you manage have scars that you can’t see.

I’ll use my son as an example who is enthusiastic to start a new part-time job. He took training, met one coworker in particular who he enjoyed speaking with, and set up the start date. Since the job came in and out of the blue, he was very clear that he would not be able to start sooner than that date because he had a house guest from another part of the country.

Of course, the general manager called him to start sooner and chastised him for his inflexibility.

My son’s scars came from a previous job where another manager did much the same thing. Once he was on board, it only went downhill from there.

You may say that my son is being childish. That because it happened before, doesn’t mean it’s going to happen now. That’s your prerogative.

I know I worked in an office where, as nice as many of the people were, I was betrayed by management many times. I tolerated it. It was a mistake.

I’m not can repeat stories because they are irrelevant. I learned quickly that I always had to look over my shoulder for someone who is going to try to cheat me . . . And that included the owners.

I made the mistake of tolerating it because I was earning a lot of money. I lost something by making that deal with myself.

As you manage people, the people that you manage, whether they are beginners or veteran people, have been scarred previously by others AND themselves.

The scars are not on the surface for you to see. If they were, I’m confident that you would handle a lot of situations differently. But they are invisible to you and painful to them.

No medicine will completely heal them. They fester below the skin waiting to explode into their bloodstream like sepsis.

Like a physician, you need to notice things with your people that suggest that you scratch the scar and opened it up again. Once you have opened it up, it’s difficult for the employee to put away because the current event has a direct link to the past trauma.

And we all have traumas.

Jeff Altman, The Big Game Hunter is a career and leadership coach who worked as a recruiter for more than 40

years. He is the host of “No BS Job Search Advice Radio,” the #1 podcast in iTunes for job search with more than 2000 episodes, and is a member of The Forbes Coaches Council.