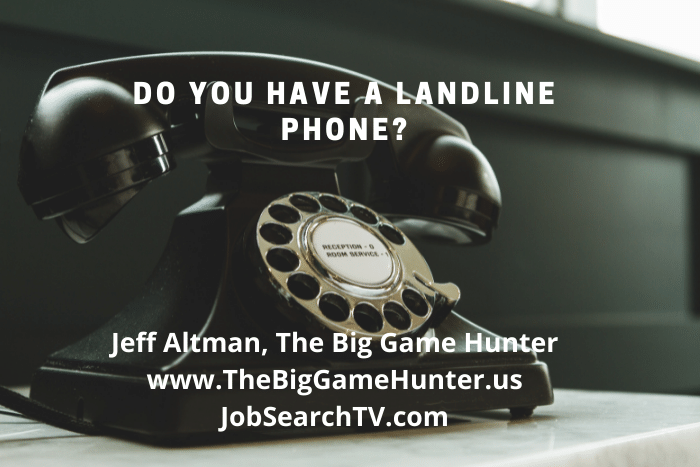 I am old enough to remember reading an article in the Sunday New York Times business section about how Pacific Telesis, one of the regional Bell operating companies, was experimenting with new technology. The technology wanted allow people to receive phone calls on the go no matter where they were and thus not have to be tethered to a location to make or receive calls. 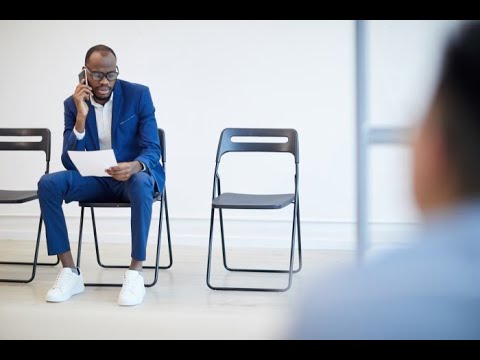 As a recruiter (I stopped doing that years ago), if the phone rang and you are not at your desk, you ran to the phone because if you missed the call, you did not know who had called you to be able to call them back.

It was an era of typewriters, telephone message pads, and White Out (if you don’t know what that was, it was a backspace button on a typewriter except you how to use a gloppy liquid to cover up your original mistake and then type into the dried liquid).

I ran a poll on LinkedIn this week asking a simple question: Do you have a landline phone?

I admit that I forgot that there are very few true landline phones in the traditional sense — copper wire delivered to a jack that people plug a wire and telephone into.

Instead, I conflated Voice Over IP with a landline. They’re obviously two different technologies, and a few respondents pointed that out to me.

Fortunately, many people who responded thought the same way I did when formulating the question.

I pulled my VOIP phone out about two years ago, having become sufficiently annoyed at all the Robocalls it received. This is not to say that my mobile phone doesn’t get Robocalls. It does. However, I decided not to answer my mobile phone unless a person’s phone number is in my contacts.

I understand that I miss an occasional call for that reason. However, I have learned that when people leave a message, their message is longer than the 3 seconds that a Robocall message is. Thus, I can block spam calls, plus my cell phone provider offers regular updates to spam lists, and fewer calls get through.

The results of the poll were striking.

Maybe I Should Get Rid of Mine 5%

If I were a conspiracy theorist, I would think that the mobile phone carriers conspired to purchase and then sell all the phone numbers that were not mobile to the spammers! That is how impressive the numbers are. After all, not only do 78% of the respondents not have a landline phone, but an additional 5% are wondering if they should get rid of theirs!

People for whom a resident was at risk of a medical emergency.

Homes with young children we are a parent doesn’t want to provide the child with a mobile phone.

I was amused by the person who told me about how they couldn’t get their parent to use a mobile phone and people who had a landline phone at the office to forward messages to their mobile.

Some respondents pointed out that they speak to clients all day and the connection via landline/VOIP was much better.

Another pointed to having copper lines for an alarm system.

However you look at it, landline phones, VOIP phones are relics of a past era.

POLL: Do You Have a Landline Phone?