EP 158 On today’s show, I look at a few things that help us wake up and move ahead

Hi, this is Jeff Altman, The Big Game Hunter and you are listening to The No BS Coaching Advice Podcast, Episode 158. I like to spend some time weekly at a minimum, talking with you about some aspect of life, the universe, everything. And I'm going to take a couple of weeks off. I'll be back the first week in January with another show. But in the meantime, I'll just start by saying whichever holiday you celebrate, Merry Christmas, Happy Hanukkah, Happy New Year. Happy Kwanzaa. Whatever it might be. I hope it's a wonderful holiday season.

SEGMENT 1. I was sitting with some friends yesterday talking and one of them was talking about a problem that they were having and "I know what to do." He was pushing back on and another one says something marvelous.

And once you can start answering that question, and start paying attention to the difference between the knowing and the doing, and understanding how to make those changes, and not letting those obstacles rule you, you start makingp enormous amounts of Progress.

SEGMENT 2. And when you're thinking about the show today or other things and change you want to make in your life and in the things that you do, I don't want you to setting goals for yourself. Goals feel like so much work, right? It's Just another thing on the to do list of things that you need to accomplish. I want you to ask yourself the question, "What's possible now? What can I do now to move the needle forward in some way toward the objective that I have?"

SEGMENT 3. I was listening to an interview of Gary Keller, from Keller Williams, the real estate firm. They sell residential real estate all over the world. Never heard him speak. But I had a good feel for him yesterday as he was being interviewed. He's got a book out. I haven't read the book. I'm not going to endorse the book or tell you that it's wonderful. But I believe it's called "The One Thing."

He has a philosophy of starting your day or looking at situations by asking yourself a simple question, "What's the one thing I can do with fill in the blank so in my relationship with my wife, for example, such that by doing it, everything else is easier or unnecessary?

And I know I'm going to start working with it, Well I already have started working with it today because, frankly, Keller isn't a believer in To Do Lists per se because most people kind of chop them down like trees, but they don't really move forward. They're just handling a bunch of tasks. But this kind of focuses you on the bigger picture, he says.

He's right. Just asking yourself the question of what's, what's the one thing I can do with (fill in the blank) such that by doing it, everything else is easier or unnecessary really does move the needle forward.

So, that's today's show. I hope you enjoyed it and, if you did subscribe an Apple podcasts, Spotify, Google Play wherever you listen to the show. Just subscribe so you get downloads whenever I release a new episode.

Each show is going to be bite size morsels of advice, just like today's. I hope you enjoyed it, and I do hope you subscribe. And, if you do choose to subscribe, I hope you decide to support the show. There's a link that will take you to anchor.fm where you can make a pledge in support of the show. I'd greatly appreciate it.

If you're interested in my coaching you, connect with me on LinkedIn at linkedin.com/in/TheBigGameHunter. Mention that you listen to the show. I just happen to like knowing I'm helping some folks. Once we're connected, message me about your interest in coaching. We'll set up a free call where we'll get acquainted and see if it makes sense.

I'll be back soon with more and in the meantime, I hope you have a great day. Take care

Are you interested in my coaching you? Connect with me on LinkedIn and, once we are connected, message me. If you have

questions for me, call me through the Magnifi app for iOS (video) https://thebiggamehunter.us/magnifi or PrestoExperts.com (phone) 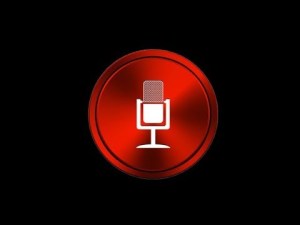