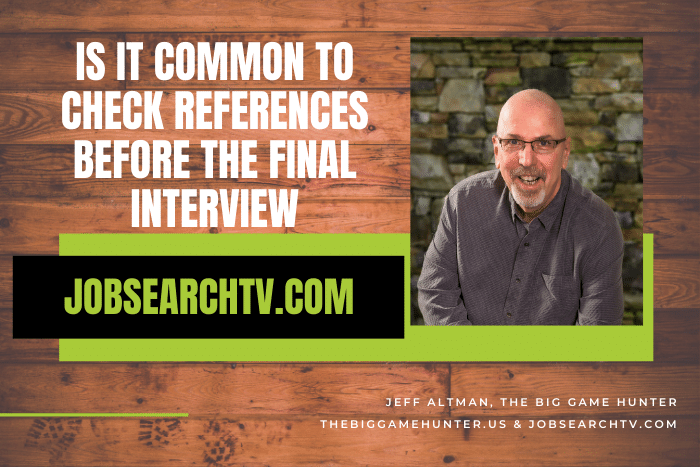 Facebook Share Twitter Share Google+ Share
I interviewed for a job a couple of weeks ago, and I’m confident it went really well. Early in the hiring process, they told me I’d need to interview with the CEO as the last step. So I’ve been waiting to hear about scheduling that interview. Last week, they asked for references and a few days later they called those references. I still haven’t heard back about scheduling the final interview.

Is this common practice now to call references before the interview process has been completed? I’ve been with the same company for nearly a decade so definitely ignorant to any changes in hiring practices.

Assuming I still need to interview with the CEO before getting my offer in hand, how should I prepare? It seems like it would be perfunctory at this point but I don’t want to take anything for granted. 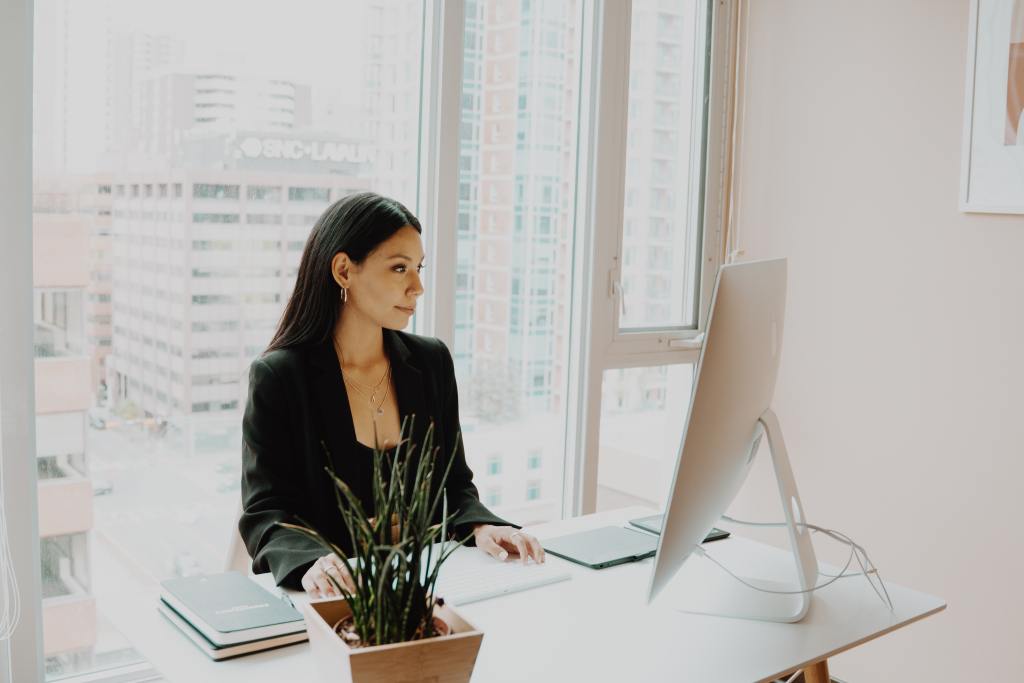 Is it common to check references before the final interview? I'm Jeff Altman, The Big Game Hunter. I'm a former executive recruiter, I now do career coaching globally.

And here's the situation. "I interviewed for a job a couple of weeks ago and I'm confident it went really well. Early in the hiring process, they told me I need to interview with the CEO as the last step. So I've been waiting to hear about scheduling that interview. Last week, they asked for references, and a few days later, they called them. I still haven't heard about scheduling the interview. "

Here are their questions. I love this. "Is it a common practice now to call references before the interview process has been completed?" They've been with the same company for nearly a decade. "So definitely Ignorant of any changes in hiring processes. Next, "assuming I still need to interview with the CEO before getting the offer in hand, how should I prepare? It seems like it would be perfunctory at this point. But I don't want to take anything for granted."

I'm going to start with that last question first. Assume you're competing with other people at the time of that final interview, that yours is not the only reference that they've checked; they're talking to other people, because if they make someone an offer, and they don't accept, they don't want to go back to the beginning. They just want to close this job. So your first thing is prepare for the interview like it's the most important day in your life.

Everything you've discussed with people previously, you have to be prepared to talk about again. In addition, you have to make a connection with the CEO, assuming that's who you talk to.

Now, the previous question was, is this common practice? And the answer is, sometimes with some firms, they get it out of the way early so this way, once you meet with the ultimate decision maker, you know, they're in a situation where they can just move ahead. They don't want to delay. They want to get this sucker filled. And thus, it's important to get that reference piece done.

After all, since the final interview hasn't been scheduled, let's assume you're the one chosen and then they have to check the references. It's another week or two before anything gets done before they make the offer and before you can give notice. They just want to take action with whoever it is.

But what's most important is this is not perfunctory. This is not a formality. This is something you need to prepare for as rigorously as you did the previous interviews, if not more.

Hope you found this helpful. I'm Jeff Altman. My website is TheBigGameHunter.us. I've got a lot of information there about final interviews that could probably help you. So, go to the blog, look for the tags related to final interviews. It'll help you phenomenally.

In addition, if you're interested in coaching or getting prepared for that interview, you can schedule time for coaching. You can ask me questions through the site. I'd love to help. I also want to mention I have to have a great course on interviewing called The Ultimate Job Interview Framework. It's available on Udemy. You can get to it quickly by going to TheBigGameHunter.us/interviews, or it's available as a paperback or Kindle book through Amazon. Again, The Ultimate Job Interview Framework.

Hope you have a terrific day. Good luck. Be great. Take care.

Photo by Keren Levand on Unsplash