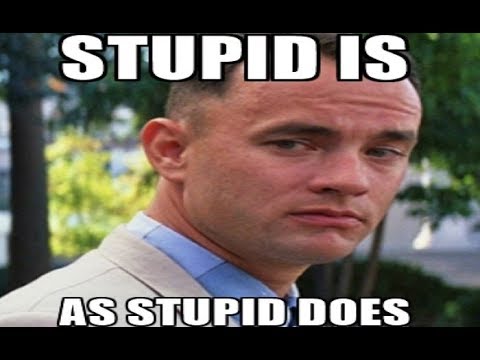 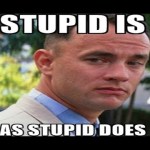 EP 1560 With kudos to The Reader’s Digest, these are some of the funniest pieces of stupidity job hunters have committed.

I've been doing a series of about stupid interview mistakes and I stumbled into this article that the Reader's Digest published and it has some hysterical ones. So I thought I would share them and credit Reader's Digest for this. I think it's a very funny piece.

So, the first one is . . .  One person took the edge off by having a beer before walking into the reception. So as someone says, " I swear this is true. Someone through his pure can in the outside trash can before coming into the reception area. Probably not a smart idea, you know. Another person reported that a guy talk through his interview how an affair cost in his previous job. Probably a little too much information.

OK another one. Someone blew their nose and lined up the used tissues on the table in front of the interviewer.

Not a smart thing to do.

Another person misunderstood the work and, in this case, what they did was they were applying for a customer service job and when asked what he might not like about the job he said, "dealing with people!"  Obviously, in customer service, that's all you're doing.

So, another person was being interviewed and he reported that he came with a friend and the friend wound up sticking there head in the door and asking, "How much longer?"

In another instance reported on was about the job hunter who asked, "Tell me about the business."

He'd never heard of the Internet. You can look it up.

Another person listed their prison time as a job and there was an exotic dancer who called themselves a customer service representative. You know it's not exactly a smart move.

One person reported that someone ate all the candy from the candy bowl while trying to answer questions.  Yes, they knew it was this person It was obvious.

One person had their prepaid Chinese food including the fortune cookie with his name and phone number on it. Not smart.

Another one put up posters of himself in the company parking lot.  This is amazing stuff.

One person came to an interview in a catsuit. An applicant announced his candidacy with a singing telegram.

Then there was the person who rented a billboard with which the hiring manager can see from his office listing his qualifications. One person indicated that his availability was limited because Friday, Saturday and Sunday was his drinking time.

One person explained their arrest by stating, "We stole a pig but it was a really small pig.".

So one person had had a spelling error.  Didn't you think of spellchecking your resume?

So they wrote that advertising, "is a tough business." which maybe why one perspective ad man wrote a cover letter boasting, " I'm getting and getting to my goal slowly but surly."  Instead  of "surely.".

And then there's the weird person who came in with a cockatoo on the shoulder.

Another one forgot to wearing dark socks with his suit to the interview. So he colored his ankles with a black felt marker.  Only a man would do that.

Then there was a person who saw a clipping her fingernails while they were speaking.

The candidate who told the interviewer he was fired from his last job for beating up his boss.

The candidate said that by crossing the Maryland state line he was in violation of his probation but felt the interview was worth risking jail time.

Then there was the people person not the numbers person in the interview for the accounting position.

And this is the last one for today… The candidate complained that she was hot. She then said, " excuse me," and she removed her socks and then placed them on the interviewer's desk and then continued it like everything was OK.

When you think that corporate or third party recruiters our obnoxious or insane, I must in all honesty tell you I had this experience when I did recruiting. People who just did ridiculous things and tried the truth and what they were completely normal. So I understand the other side of this. And I would just simply say look the fingernails broken interview.