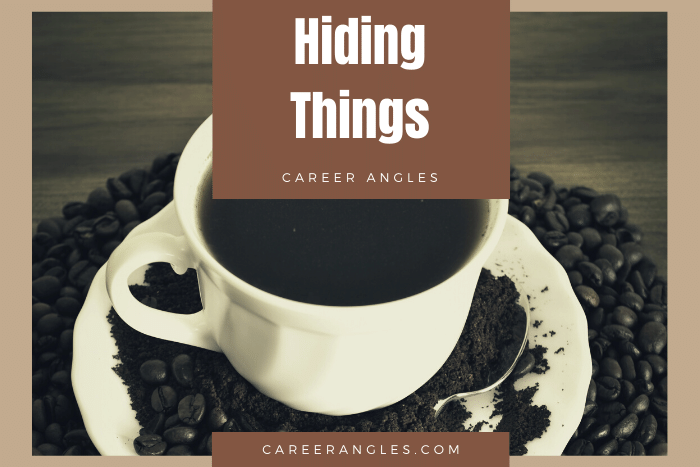 Although I will use a reference from politics, this is not a political story.

I was reminded that hiding things from people is not a good thing by the current Administration’s refusal to acknowledge a problem along the southern US border, the refusal to allow journalists or members of Congress or local officials into detention facilities.

People with Mylar blankets sleeping on mattresses on the floor was not a pretty sight.

Refusing to allow local officials to test the water at a second facility after they were told the water was not pure was not a good look for the government.

When I worked in search as an employee, it would bother me that the people I worked for would hide things from us.

Not only were things hidden from us, but often we were lied to.

The justification was “need to know.”

The problem is they were asking me to trust the information they affected my job and its security.

I remember getting a call from a journalist friend of mine trying to get corroboration for a story they were going to run about the owner of the firm I worked for and the lawsuit against him for sexual harassment.

Not something you should surprise staff about.

And I had the decency to alert him that it was to run on wire services and local newspapers.

I left a few months later.

When employers hide information from staff, the secrets cause fear to fester that explodes like a squeezed pimple on a mirror.

The results are disgusting.

Jeff Altman, The Big Game Hunter is a career and leadership coach who worked as a recruiter for more than 40 years. He is the host of “No BS Job Search Advice Radio,” the #1 podcast in iTunes for job search with more than 2000 episodes. He also hosts Job Search TV on YouTube, Amazon and Roku, as well as on BingeNetworks.tv for Apple TV and 90+ smart sets.