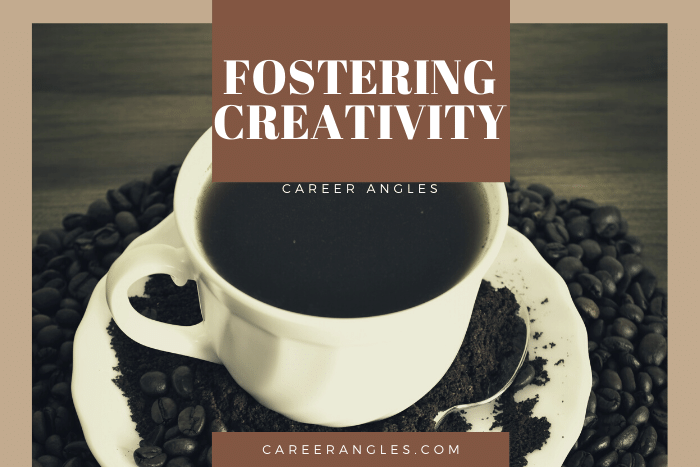 Years ago, I was helping to lead a men’s retreat during which there would be a time where I would assist with facilitating psychodrama. If you’re not familiar with what that is an opportunity for a person to go back in time to a point where they were hurt and take some time to remember that moment and, with assistance, heal it. It requires a degree of skill and creativity. On this occasion, I had neither. I decided at the moment I would take a year off from my part in leading these weekends and unwind.

Taking the time off is one of the smartest things I ever did because when I returned, never having consciously thought about psychodrama let alone how to facilitate it better, I was able to return with a touch and feel far better than I had it my best up until that point.

I learned a wonderful lesson about the importance of time and space and rest as part of my growth and creativity.

There is a story about a movie producer walking past the trailer where the comedy writers were supposed to be working and loudly complaining they didn’t hear typewriters. “Obviously they aren’t working,” he thought as he walked into the trailer and challenge them to start typing because then they would give him the comedy he was looking for.

They quickly learned to keep a sheet of paper in the typewriter and a lookout at the ready should he start approaching their trailer. They would then run to their keyboards and start typing gibberish to placate his thinking.

Some of you think that creativity requires a deadline. Perhaps, it does for you but for most, it is the space before the deadline, the unencumbered time to think in your subconscious and let it rumble around that the creativity occurs.

It’s why, often, people make great decisions after a night of sleep. The unencumbered mind evaluates choices and makes decisions.

How can you foster creativity? There are several ways, none of which work all the time.

2. Have diverse people (I’ll let you define diverse for the purposes of being creative) participate in the process

5. Give time to the process

7. Understand that management may have no clue about what works.

This a great story I heard from John Cleese of Monty Python fame talking about the head of the comedy department at the network and his thoughts about Monty Python. “What kind of shows that is,” he asked. “Is it supposed to be funny? If so, I think it’s awful!”

Conversely, the reverse is true. Senior management has an idea for something and their “gut” tells them it will work and then it becomes a disaster. My favorite example is a television show from a long time ago called, “Pink Lady and Jeff,” starring too young Japanese pop stars who learned English phonetically to be able to do the script and an American comedian named Jeff Altman (no relation) who is the straight man for them. The show was remarkably unfunny and only lasted a few weeks but someone thought this is a great idea! They had the power and made the decision. DISASTER!

None of these items individually guarantees creativity. They give you a chance and that’s what you want.