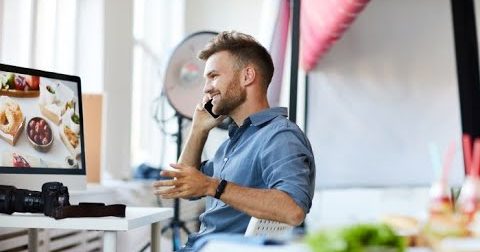 It's after the interview and you want to contact the company recruiter. How do you do it? What's the best way to approach it? I'm Jeff Altman, The Big Game Hunter. I'm a coach who helps people professionally in a number of different ways. I worked in search for a lot of years, filled a whole boatload of positions and, you know, in working with people, I deal with lots of different situations that they're involved with. Here, let's talk about contacting the company recruiter.

So when reaching out to them, how do you do? Have they given you a suggestion as to how you might stay in touch with them? If so, if they told you to text them, text them; if they told you to email or call, do that. If they haven't said anything, and you only have an email address, there's your answer.

So in corresponding number one, communicate like a peer, not a supplicant. By that I mean, you know, hat in hand, obedient, nice person. You know, speak in a language that doesn't indicate that they are the superior and you're the subordinate. So that's point number one.

Point number two is get to the point. They don't have a lot of time. You know, you just might, if you're sending them an email or a text, introduce yourself or reintroduce yourself, tell them what it's about. Just simply say something to the effect of, "you know, I was interviewed by so and so two weeks ago, I haven't heard back from you. Do you have feedback, good or bad? Just let me know, my feelings aren't hurt if I'm turned down. And if there's going to be another interview, let me know that, as well." Direct and to the point.

Ask a specific question. And I have to say this, I say this all the time. Don't take messages that are not responded to personally. It's business. They're busy. If you email them, your email might have gotten pushed down; they may never have seen it. Try one more time after this, a day or two later, just to ensure that they do see it. If they don't respond to the second email, let it go. Same thing with text. Same thing with phone calls. Everyone is busy these days. And they're doing a lot of different things, not just simply interviewing you.

When you think about it, what does an HR recruiter do all day? They're talking to people. They're interviewing. They're trying to get feedback that's reaching out to hiring managers, new positions are opening up. They're juggling a lot of things. And you're not the a priority.

I have to also say, if they're not getting back to you, try reaching out to the hiring manager. What's the worst that's going to happen? They're not going to get back to you. So don't sweat it. Just try. And you know, don't take it personally. Remember, if too long a period has gone by, you've probably been rejected. And their behavior is telling you that you've been rejected. And that should be good enough feedback.

Hope you found this helpful. I'm Jeff Altman. My website is TheBigGameHunter.us. Go to the site and go exploring; there's just a lot there to help you. And if you're not ready to go there, just put it in your phone as a place that you can go to for career advice. I'd love to help you.

If you have questions for me or if you're interested in coaching, you can schedule a time to have a conversation with me. I'd love to help. My YouTube channel Job Search TV has 1000s of videos there. My podcast No BS Job Search Advice Radio comes out five days a week with short episodes that will help you with your job search.

Lastly, I've got to say I've got a great course on Udemy. If you go to TheBigGameHunter.us/interviews. The course is called The Ultimate Job Interview Framework. It will help you interview better than all the people you're competing with. Have a terrific day and most importantly be great. Take care.