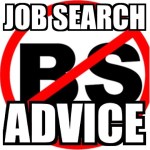 EP 1475 On this show, Jeff Altman, The Big Game Hunter speaks with career coach Marc Miller about changing careers and how people can figure out how to get going and land in something they love.

You may also like, “Changing Careers? Try These 15 Coach-Recommended Tips For Success”

This is an automated transcript that contains errors