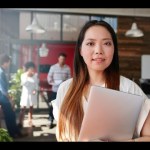 EP 1686 Being a career professional  and doing the work has certain responsibilities. Here is one that people tend to ignore until it is too late to be useful.

Whether it's in job search or in business, referrals are the lifeblood for your job search and the lifeblood of your business. It costs nothing if your business owner to get a referral, right? You have invested the time, maybe done a great job, impressed the heck out of someone and suddenly the referral shows up and you have a revenue stream.

For job hunter, it's a little bit different. It's something that you need to do consistently throughout your career. I have been a fan on LinkedIn and LinkedIn recommendations (the long form testimonials that allows people who don't know you to see that others think favorably of you). The more you have, even if you write them out yourself and give them to people to post, the more you have, the more effective they are in supporting your candidacy.

Two is not enough. 22 is a start. Someone like me has over 500 in different categories and classifications and that's apart from the endorsements I have received where I know I have a couple categories were very close to thousand and I know I never asked people for them.

Let me come back to you because you're not going to get 500 recommendations instantly but what you are going to be able to do is to reach out to people. You see, somewhere along the line, from the time that we were little and thought time we started dating, we got the idea that talking to people that we didn't know wasn't a good thing. Maybe it's that “stranger danger” thing that gets passed on by parents to their kids but, professionally, it is your network that really helps you the most in finding work.

After all, the statistics are clear. 70% of positions are filled as a result of networking and of those, 70% of the 70% or 49% of all jobs are filled by introductions to people that your network knows who you don't.

So, if you just focus on recruiters and job boards, well, that's 30% of all jobs. That's not enough. You’re missing out on the bulk here which is from your network.

The classic complaint that people have is that, it's hard, it’s inconvenient, I don't know these people. Where do I go?

Every hear of Google?

Seriously, where to go is all solved by Google. Whether that's meetups, trade groups, chamber meetings . . . whatever it is, Google's going to tell you when things are going on in your area. You know professional associations. See where they’re meeting and start attending. Get to know people.

Now, this is not a strategy for, “Hi! I met you for the 1st time. Do you know anyone?”
To start
No one responds to that. You haven’t responded to that because you don’t know the person who's making the ask of you.

But, if you start doing this now, start developing relationships with people, jobs are going to start landing in your inbox because people are going to know, like, trust and respect you for what you do professionally and will be very happy to refer you.

Again, one of the mistakes that people make is they lurch from job search to job search, maintaining no contact with the people that they know, the people who they've helped or have been help by them. As a result of that, they are kind of embarrassed to ask for fear that . . . or that they are going to look a little desperate. That's the classic thing.

Ladies, same is true of you. You’ve been in situations where you’ve walked over to people. They weren't interested and some were interested.

Networking is no different. You have to start extending yourself and put yourself into situations that, initially, may feel a little uncomfortable because you don't know the person you’re going to be talking to.

But the initial contact? Get out of the house and talk to people!

I can tell you so many stories about people who got that call out of the blue from someone that they met years before, who said something to them to the effect of, “We met a few years ago, I kept your card and something just opened up with a friend of mine. Can I give your card to them?” Amazing isn’t it?

Don't hold back. You never know when the seed that you plant today becomes the enormous oak that helps you in the future.