EP 1509 On this show, I talk with Peggy McKee of Career Confidential about a different approach to salary negotiation.Continue Reading
November 8, 2021Bytbgh-jeffInJob Offer

In this video, Jeff Altman, The Big Game Hunter explains the process you should use to decide between two or more job offers.Continue Reading 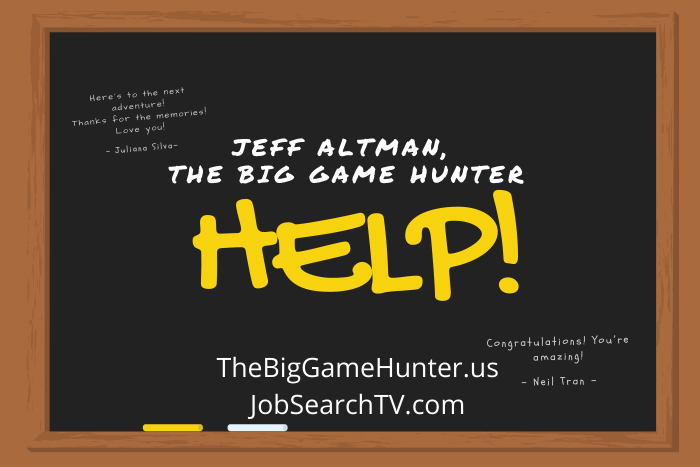 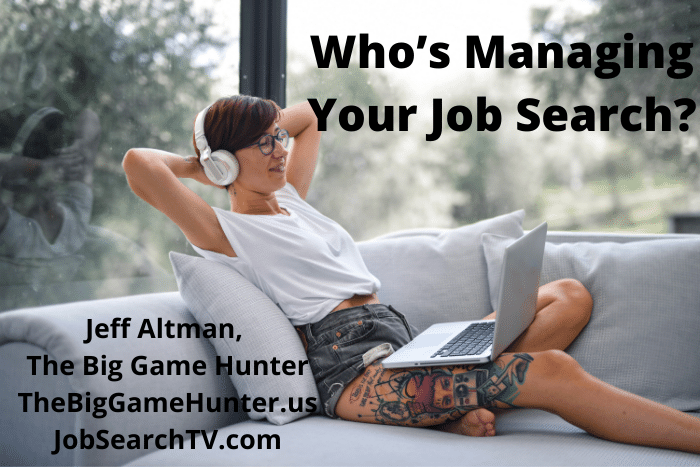 Who’s looking out for you? Who have you hired who only has your best interests at heart?Continue Reading
November 6, 2021Bytbgh-jeffInNo B. S. Job Search Advice Radio, Salary Negotiation

EP 1371 Jeff Altman, The Big Game Hunter speaks with Career Coach Alex Freund about many of the details that a job hunter should know about the job you will be accepting.Continue Reading 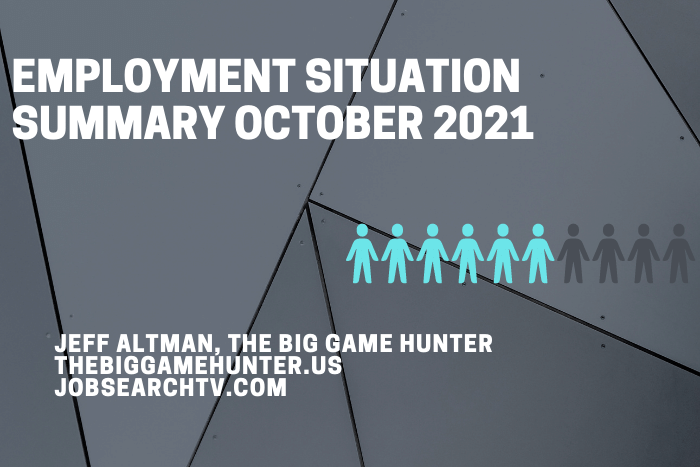 Total nonfarm payroll employment rose by 531,000 in October, and the unemployment rate edged down by 0.2 percentage point to 4.6 percentContinue Reading
“
Facebook Share Twitter Share Google+ Share
EP 1385 A question from someone about accepting a job offer for less money than you want.   Should I Take A Lower Offer? | No BS Job Search Advice Radio You may also like, "Changing Careers? Try These 15 Coach-Recommended Tips For Success"
Read Full Transcript

The question I was asked, "Should I accept less money?" I want to start off by saying that my bias is against doing it. I also want to lay out cases where it makes sense. There aren't many, but there are a few instances where it does make sense. But going back to the conclusion I believe the general you don't do it.

The few circumstances where it makes sense are:

2. If you been out of work for a long time. For you, you have a job right now and you don't have a career. You been out of work for 6, 8, 9, 12 months… Longer? Someone is making a job offer to you for less money than you earned "back when" you have a job or career right now. It's over. The fact it's that someone is willing to give you a shot after so many people have turned you down… That's a circumstance to consider it.

Understand though that often firms are negotiating.

Frankly, I would turn around and say, "Thanks for bringing that to my attention. The fact is that if you believe this is a better person for this role, you should really choose them. If we are really equal and they are willing to accept less, you should choose them. For me, I look at it as, "I cost more but I bring greater productivity. If I haven't convinced you of that yet, talk with me about the perceived differences between us and let's address that." The fact that they are raising. This is the subject indicates that it is close. They do see a difference between the 2 of you; otherwise they would try to bring you down to that price point. After all, why bother to have this conversation. They could have just chosen the other person.

That's a factor. They are using a negotiating ploy.

Another factor that you need to take into consideration it is not about accepting $5000 or $10,000 less now, it is that accepting less money affects every dollar you ever earn for that firm and every other firm from now on, All because you accepted less money now. They build their raises based on what you are currently earning, right?

For now, in Massachusetts, that will become different next year, when a law goes into effect prohibiting employers from asking about your salary. For most organizations in most parts of the country, they are basing wage increases on current salary. They don't care that you took $10,000 less to join your current firm. They work off the current numbers because that's a fact. Understand there's an impact upon you that you will never recover from.

As you can tell, generally, I am against accepting less money. If it means so much to an organization that you accept $5000 or $10,000 less, there is a bigger problem there in terms of how your marketing yourself that you need to address.

Generally, thumbs down to the notion of accepting less except in the circumstances that I've already outlined..

Jeff Altman, The Big Game Hunter is a coach who worked as a recruiter for what seems like one hundred years. His work involves career coaching, as well as executive job search coaching, job, and interview coaching. He is the host of “No BS Job Search Advice Radio,” the #1 podcast in iTunes for job search with more than 2200 episodes. Are you interested in 1:1 coaching, interview coaching, advice about networking more effectively, how to negotiate your offer or leadership coaching? Schedule a discovery call at my website, www.TheBigGameHunter.us NEW! Online Mock Interviews www.TheBigGameHunter.us/mock Inexpensive online practice that you can record an I review. Learn to interview like a pro. "The Ultimate Job Interview Framework" www.TheBigGameHunter.us/interviews Kindle and print versions are available on Amazon. Classes On Skillshare https://thebiggamehunter.us/Skillshare Become a freelancer or hire one on fiverr.com https://thebiggamehunter.us/fiverr. I use it and I may wind up hiring you! To set up your freelance business correctly, you may want to incorporate https://thebiggamehunter.us/incorporate Join Career Angles on Facebook and receive support, ideas, and advice in your current career and job. Connect with me on LinkedIn www.linkedin.com/in/thebiggamehunter Mention you listen to the podcast or watch my YouTube channel. Job Search Going Nowhere? "Diagnosing Your Job Search Problems" for Kindle on Amazon and receive free Kindle versions of "No BS Resume Advice" and "Interview Preparation."

If you are starting your search, order, “Get Ready for the Job Jungle” on Amazon Watch my videos on YouTube at JobSearchTV.com, the Job Search TV app for Roku, fireTV or a firestick or Bingenetworks.tv for Apple TV, and 90+ smart tv's. Since 2007, FlexJobs has been the #1 site for work at home opportunities www.TheBigGameHunter.us/flex Thinking of making a career change and need some ideas that fit you. CareerFitter offers a free test and if you want more you can upgrade for the paid version.https://thebiggamehunter.us/Career We grant permission for this post and others to be used on your website as long as a backlink is included and notice is provided that it is provided by Jeff Altman, The Big Game Hunter as an author or creator. --- Support this podcast: https://anchor.fm/nobsjobsearchadviceradio/support 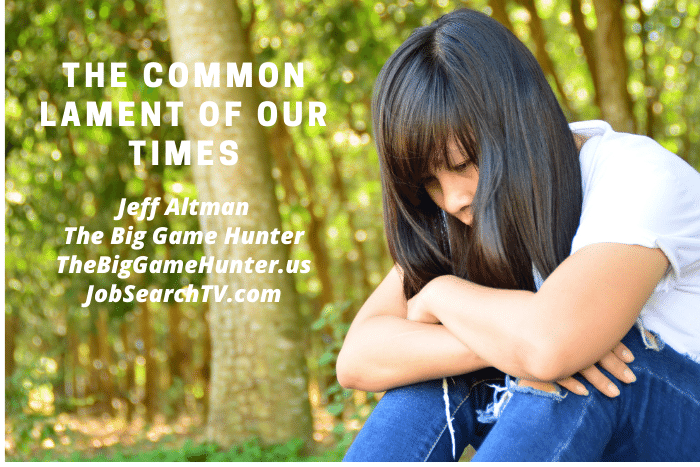 The Common Lament of Our Times | Career Angles

It is a common lament of our times to complain about our jobs, as though we are trapped by circumstances beyond our control.Continue Reading
November 5, 2021Bytbgh-jeffInInterviews, Tough Interview Questions

EP 1475 On this show, Jeff Altman, The Big Game Hunter speaks with career coach Marc Miller about changing careers and how people can figure out how to get going and land in something they love.Continue Reading
1 2 3 4 5 … 791