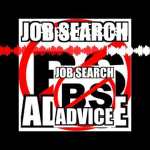 EP 2015 How can you tap into an employer’s desire to hire people who seem engaged in work?  Here’s the answer.

I've dealt with this subject indirectly for years, but I want to approach it from a different angle.
When employers are looking at their staff, the statistics they see are pretty grim. Doesn't matter what the firm is, I'm just going to quote the American numbers. Employee engagement is a 30%. And as much as organizations now know about how to engage employees, the number has not moved for at least a decade, and that's the best in the world -- 30%. The fascinating thing is of the remaining 70%, a good number of them (I don't want to say half of them because I don'tremember the statistics) but a lot of them are not just simply neutral. They're actively disengaged and doing things to undermine an organization. Amazing isn't.
So, what do employers want to look at from the emotional standpoint? You have what we said firms look for-- competence, self-confidence, character, chemistry, charisma variables that translate into a form of leadership that they like or respect. But, as I coach managers and senior professionals, one of the issues is how do you motivate staff and I tell them motivation's the wrong word, because motivation basically translates into I hired the wrong person for this job. I'm kind of get them going now. vs inspired. Inspire. I want to inspire my staff to do great things. And that's an internal quality.
Thus, appearing excited on your interview becomes that variable that I think too few people talk about, because firms translate excitement and energy into the ability to be engaged with work. So how can you show that on an interview? And that's real degrees with your eyes, it's with your voice with your hands. It's things that you do that I'm trying to illustrate that show energy because so many people go to an interview and because they are afraid, they come across as being flat.
How do you appear inspired? Be excited. Talk about the work and what you've done previously in a way and I'll illustrate it. I'm not being loud now, am I? No. But I'm intense in my communication style. My eyes are focused on you, my my viewer and trying to get the idea across to you. You have to do much the same thing. Speaking with your hands, varying your voice, doing lots of little things, creates that appearance of energy on an interview that lets employer know, you'll be "all in" when they hire you.
Don't forget about that quality. As I've said many times, and I say to my coaching clients, interviewing involves theater. It's not just the recitation of facts any more than an actor or actress on the stage or in a movie recites their lines, they are putting on a performance for you, the audience, to convince you that they are now the character.
Well, you're going to be doing much the same thing on your interviews, and you can't lose sight of it. Because otherwise, you're giving away a great opportunity.